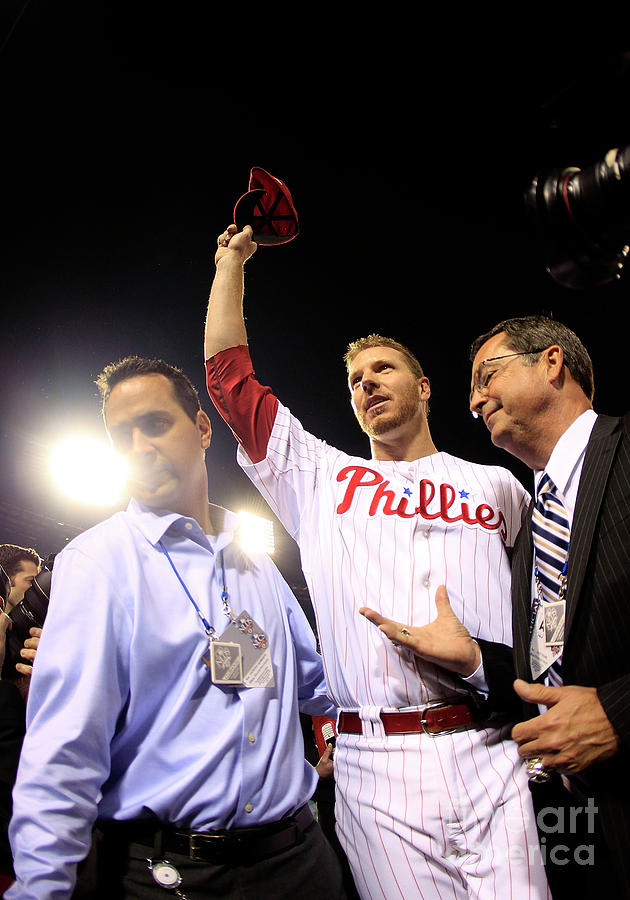 PHILADELPHIA - OCTOBER 06: Roy Halladay #34 of the Philadelphia Phillies waves to the crowd after pitching a no-hitter in Game 1 of the NLDS against the Cincinnati Reds at Citizens Bank Park on October 6, 2010 in Philadelphia, Pennsylvania. (Photo by Chris Trotman/Getty Images)