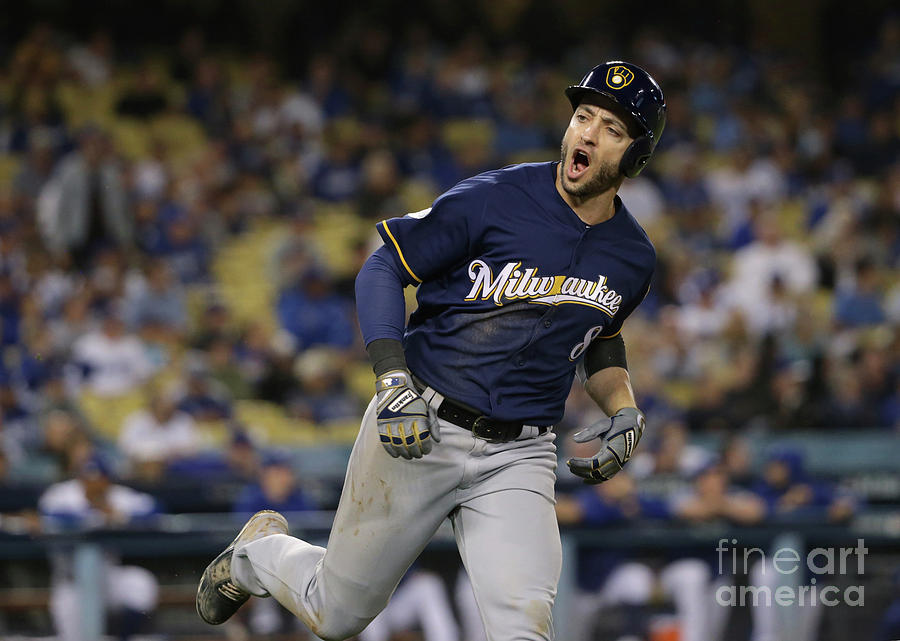 LOS ANGELES, CA - OCTOBER 16: Ryan Braun #8 of the Milwaukee Brewers looks to the Brewers dugout on his way to first base after hitting a single to left field during the 12th inning of Game Four of the National League Championship Series against the Los Angeles Dodgers at Dodger Stadium on October 16, 2018 in Los Angeles, California. (Photo by Jeff Gross/Getty Images)