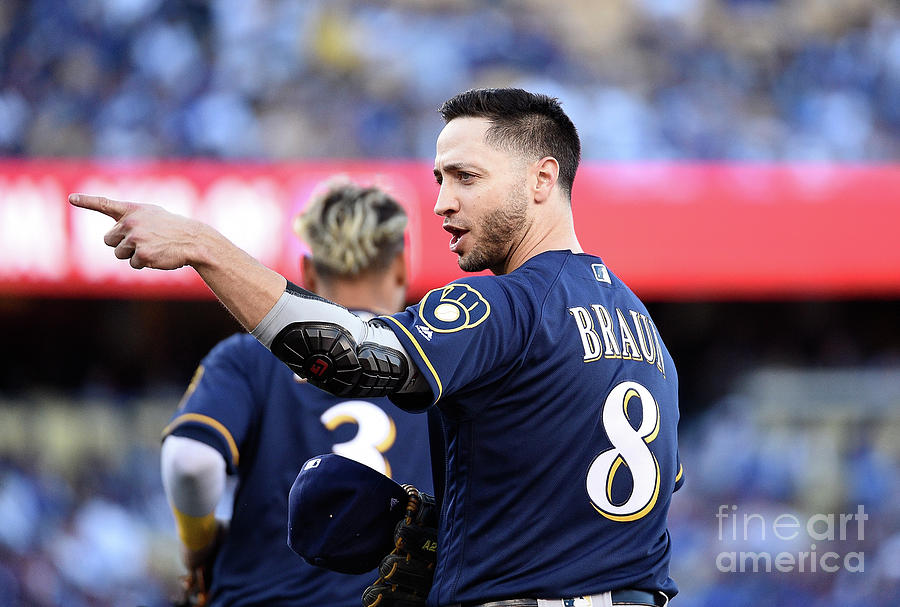 LOS ANGELES, CA - OCTOBER 15: Ryan Braun #8 of the Milwaukee Brewers points to the dugout from first base after the first half of the first inning during Game Three of the National League Championship Series against the Los Angeles Dodgers at Dodger Stadium on October 15, 2018 in Los Angeles, California. (Photo by Kevork Djansezian/Getty Images)