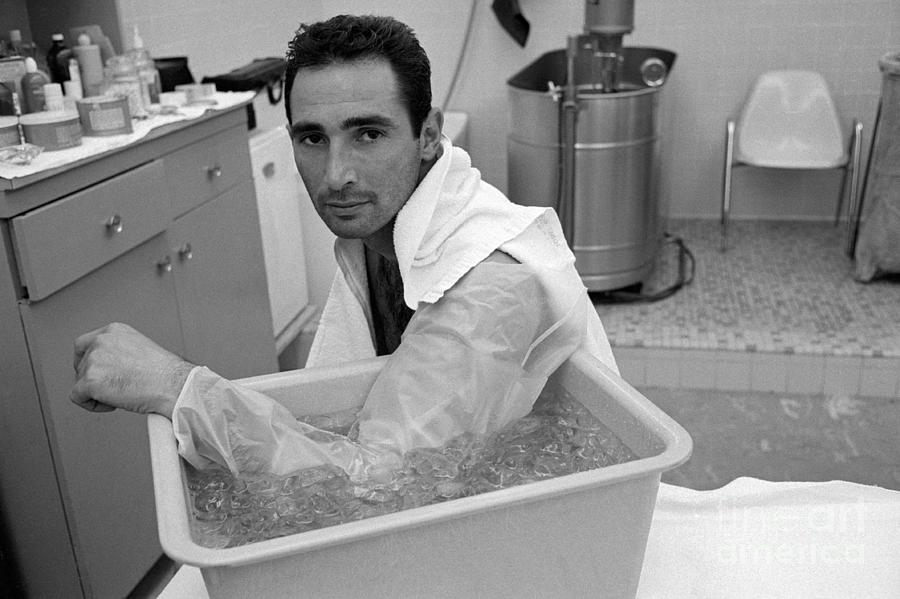 (Original Caption) After winning his 20th game of the season by beating the NY Mets 4-3 here 8/10, Dodger pitcher Sandy Koufax soaks his arm in ice which seems to relieve the inflamation of traumatic arthritis which earlier in the season threatened his career. He said he sets his goal for "the next game" only and his greatest satisfaction is to be able to go out and pitch every fourth day.