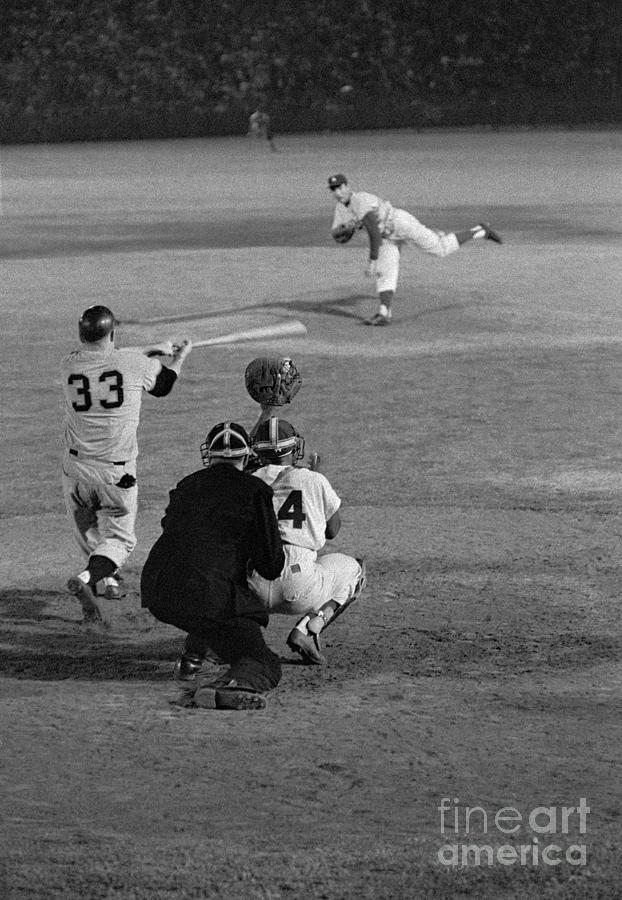 (Original Caption) Giant hurler Jack Sanford (33) swings and misses for strike three and the final out in the top of the ninth of the Giants-Dodgers game here, August 31st. The strikeout was the 18th in the game for Dodger southpaw Sandy Koufax, squalling the major league mark set by Bob Feller in 1938. Catcher is John Roseboro. Dodgers won the game in the bottom of the 9th, 5-2, via a three-run homer by Wally Moon. Koufax's effort broke the National League strikeout mark of 17 set by Dizzy Dean.