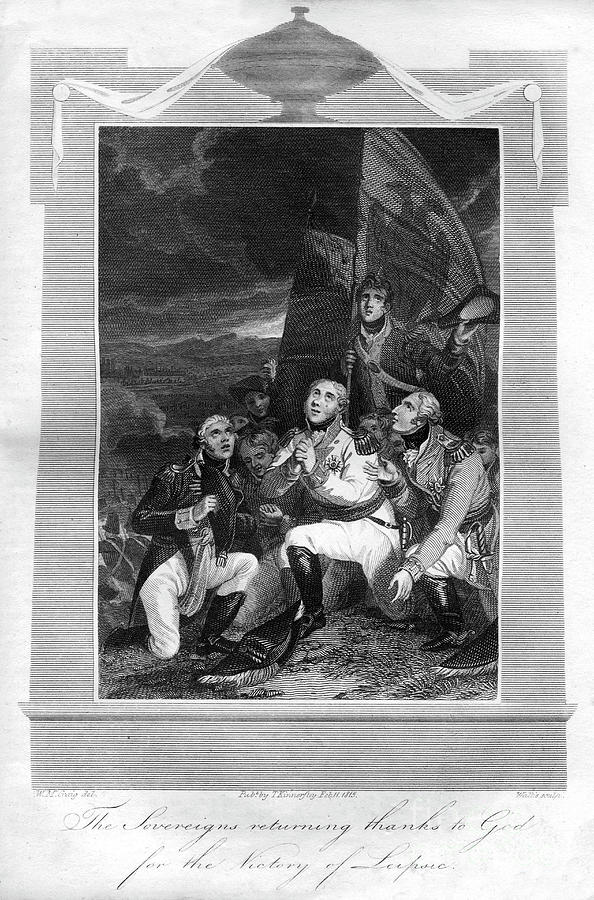 The Sovereigns Returning Thanks To God

The Sovereigns Returning Thanks To God

'The sovereigns returning thanks to God for the victory of Leipzig', 1816. The Battle of the Nations (or Battle of Leipzig ) in 1813 was one of the most decisive defeats suffered by Napoleon Bonaparte in the Napoleonic Wars. It was fought on German soil and involved German troops on both sides, as a large proportion of Napoleon's troops actually came from the German Confederation of the Rhine. It is considered to be the largest battle in Europe before World War I, with over 500,000 troops involved. From The History of the War, from the Commencement of the French Revolution to the Present Time, volume II, by Hewson Clarke, published by T Kinnersley (London, 1816). (Photo by The Print Collector/Print Collector/Getty Images)