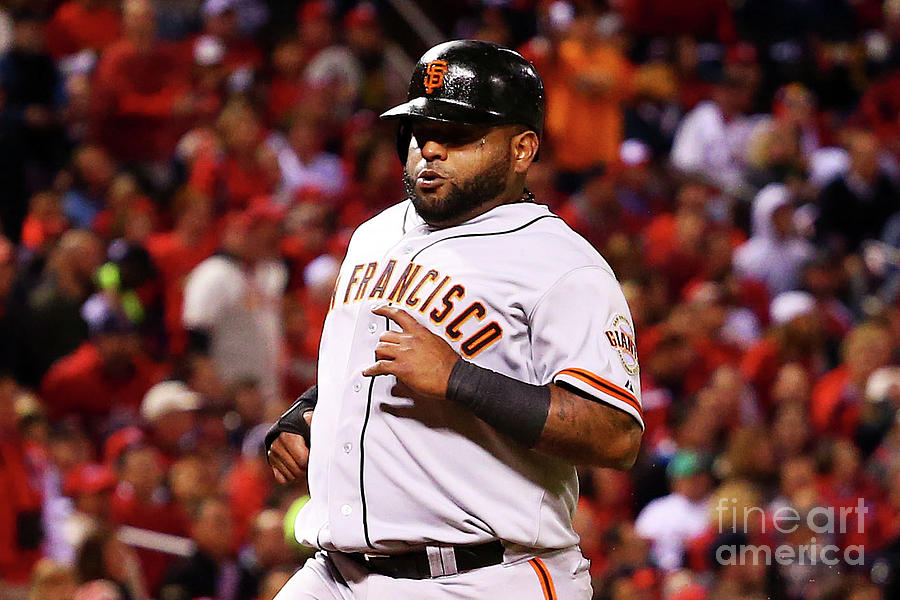 ST LOUIS, MO - OCTOBER 11: Pablo Sandoval #48 of the San Francisco Giants runs home to score on an RBI single by Travis Ishikawa #45 in the second inning against the St. Louis Cardinals during Game One of the National League Championship Series at Busch Stadium on October 11, 2014 in St Louis, Missouri. (Photo by Dilip Vishwanat/Getty Images)