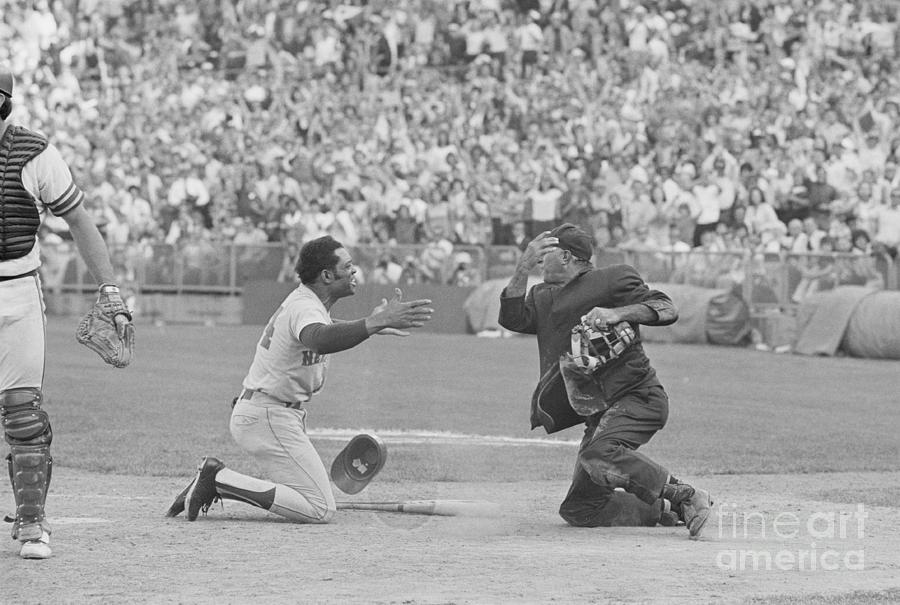 (Original Caption) New York Mets Willie Mays and home plate umpire Augie Donatelli are on their knees and appear to plead with each other after the umpire called Bud Harrelson out at home plate on a close play. Donatelli called Harrelson out and Mays and the rest of the Mets team claimed that Oakland A's catcher Ray Fosse had not made the tag in the 10th inning of the 2nd game of the World series at the Oakland Colesium. The Mets won the game 10-7.