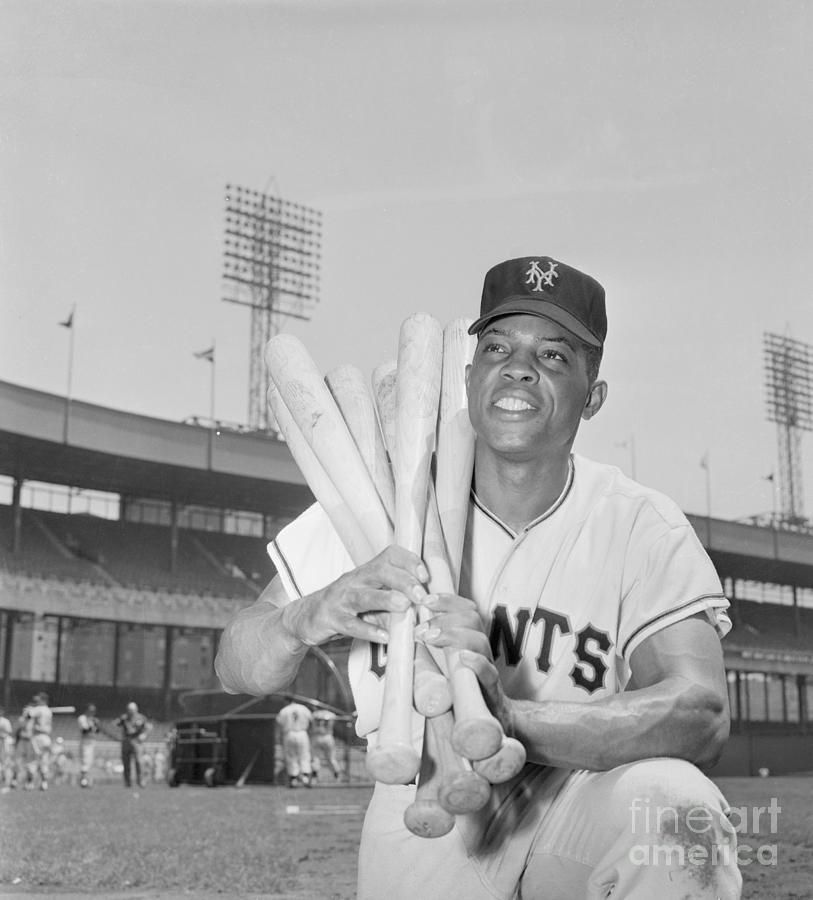 (Original Caption) Actually Willie Mays uses only one bat to hit all those homers for the Giants, but most of the other National Leaguers couldn't do as well with a handful of hickories. Mays is shown after he rapped his 19th and 20th four baggers in the Giants-Cards game at the Polo Grounds, June 21st, bringing his 1954 score up to equal his home run output as a rookie in 1951, before going into the army . "Honest, I'm not swinging for homers," said Willie before the June 21st game. The Giant Centerfielder accredits those things (manager) Leo (Durocher) says I can do." Leo couldn't be happier about the fine hitting of Mays, who led the Giants in their 8-5 victory over the Cards, placing them a game ahead in the league.