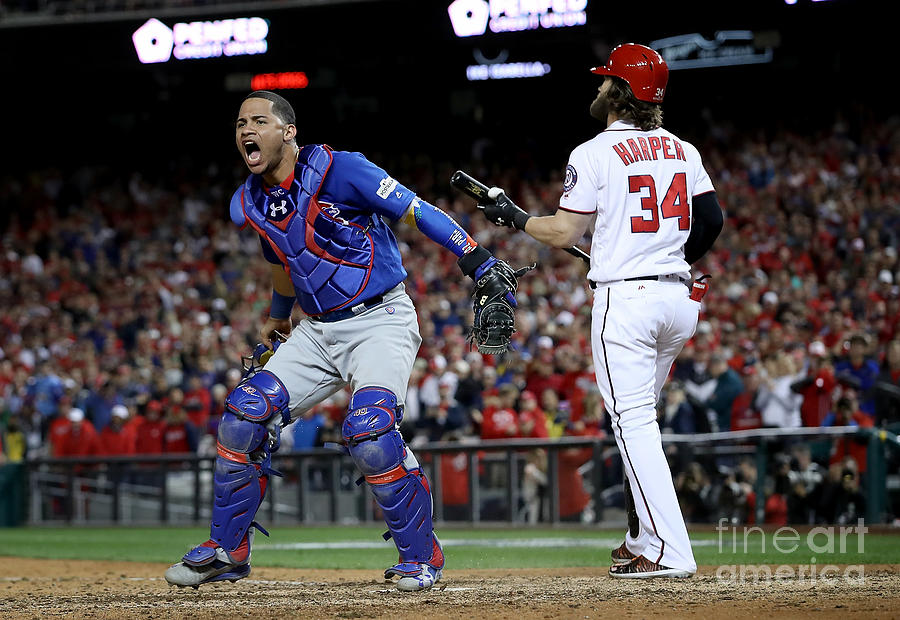 WASHINGTON, DC - OCTOBER 13: Willson Contreras #40 of the Chicago Cubs celebrates next to Bryce Harper #34 of the Washington Nationals after Harper struck out to end Game 5 of the National League Divisional Series at Nationals Park on October 13, 2017 in Washington, DC. The Cubs won the game 9-8 and will advance to the National League Championship Series against the Los Angeles Dodgers. (Photo by Win McNamee/Getty Images)