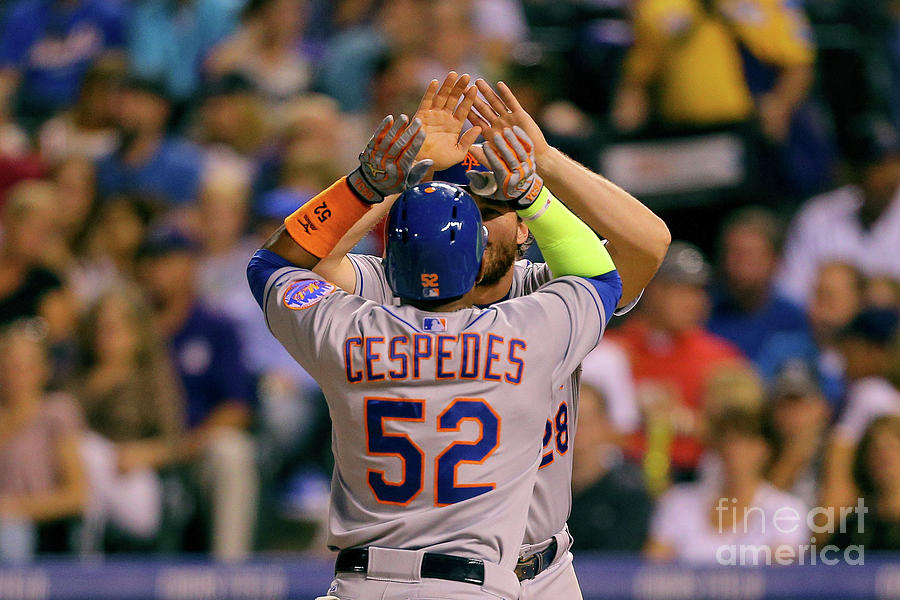 DENVER, CO - AUGUST 21: Yoenis Cespedes #52 of the New York Mets is congratulated by Daniel Murphy #28 after hitting his third home run of the game, a three run shot, during the sixth inning against the Colorado Rockies at Coors Field on August 21, 2015 in Denver, Colorado. (Photo by Justin Edmonds/Getty Images)