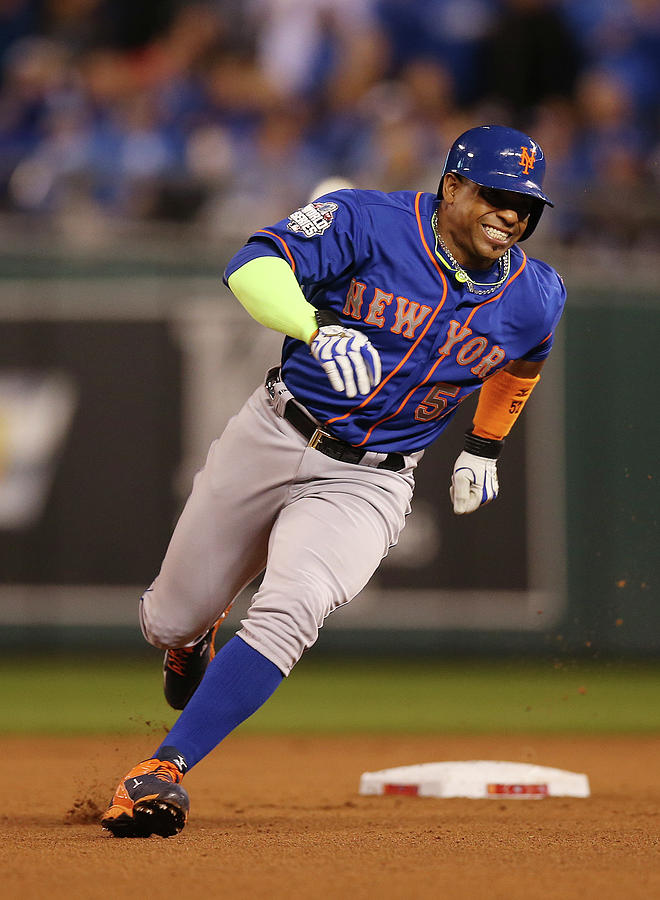 KANSAS CITY, MO - OCTOBER 27: Yoenis Cespedes #52 of the New York Mets runs to third base in the sixth inning during Game 1 of the 2015 World Series against the Kansas City Royals at Kauffman Stadium on Tuesday, October 27, 2015 in Kansas City, Missouri. (Photo by Brad Mangin/MLB Photos via Getty Images)