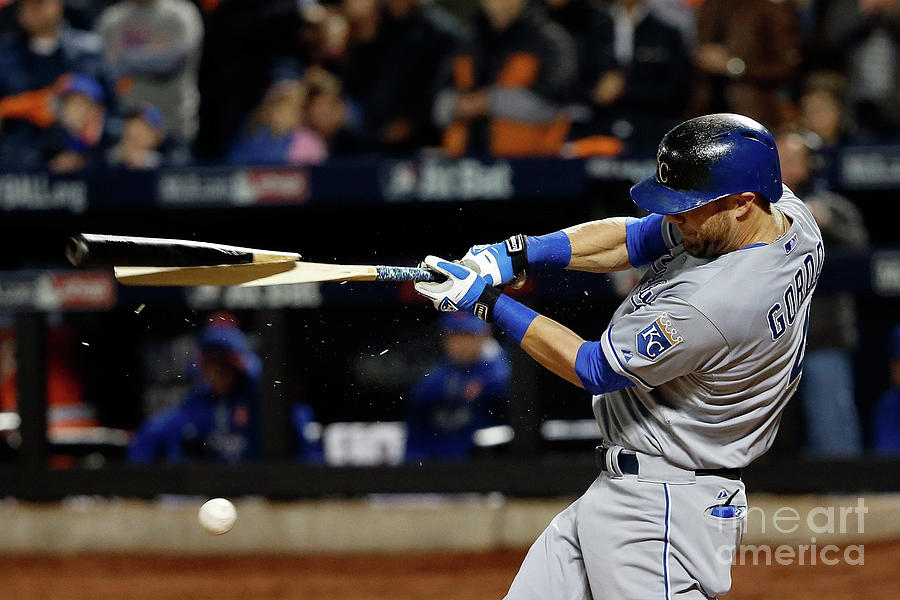 NEW YORK, NY - OCTOBER 31: Alex Gordon #4 of the Kansas City Royals breaks his bat in the second inning against the New York Mets during Game Four of the 2015 World Series at Citi Field on October 31, 2015 in the Flushing neighborhood of the Queens borough of New York City. (Photo by Sean M. Haffey/Getty Images)