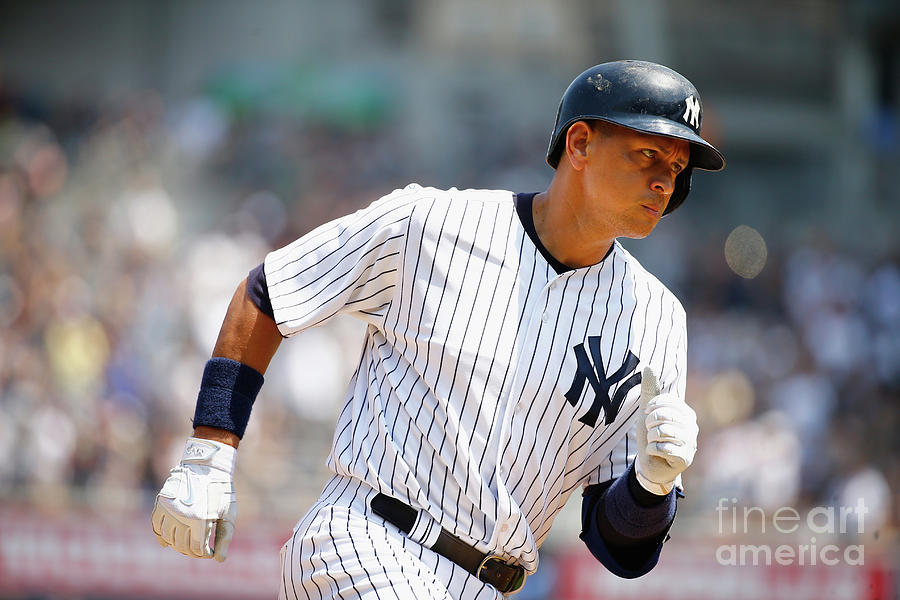 NEW YORK, NY - MAY 27: Alex Rodriguez #13 of the New York Yankees rounds the bases after hitting a three-run home run against Chris Young #32 of the Kansas City Royals in the third inning during their game at Yankee Stadium on May 27, 2015 in New York City. Rodriguez's three-run home run gave him 1,995 RBIs, moving him past Lou Gehrig on the all-time RBI list. (Photo by Al Bello/Getty Images)