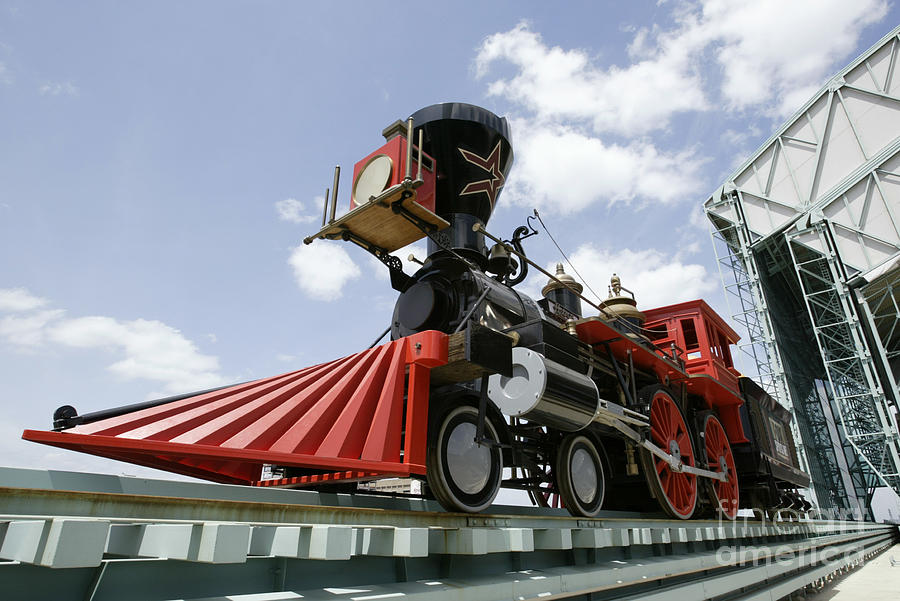 HOUSTON - APRIL 18: A general view of the train that runs along the west side of the ballpark during the game against the Milwaukee Brewers at Minute Maid Park on April 18, 2004 in Houston, Texas. The Astros defeated the Brewers 6-1. (Photo by Rich Pilling/MLB via Getty Images)