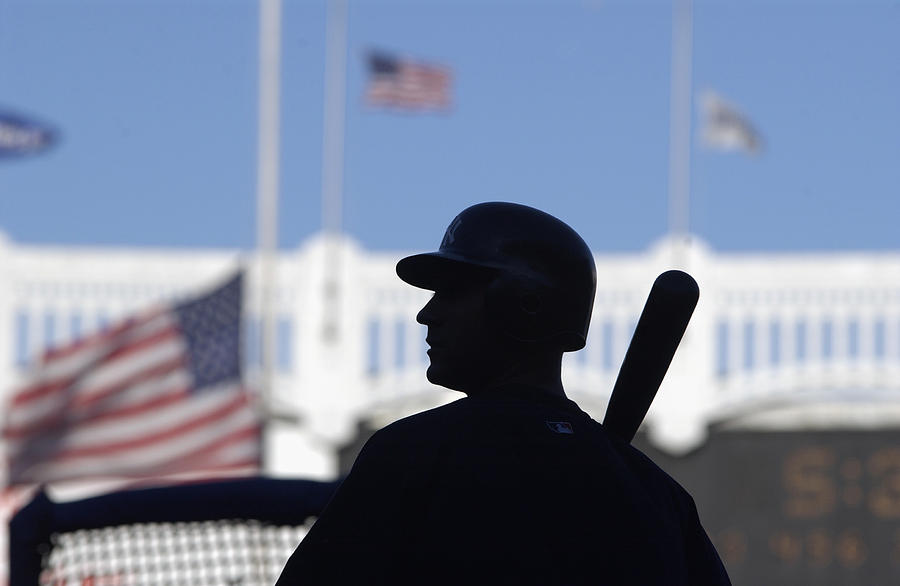 BRONX, NY - SEPTEMBER 11: With the American Flags flying at half-mast on the one year anniversary of the tragic events of September 11, 2001, short stop Derek Jeter #2 of the New York Yankees practices batting on September 11, 2002 at Yankee Stadium in the Bronx, New York. The Yankees defeated the Orioles 5-4. (Photo by Ezra Shaw/Getty Images)