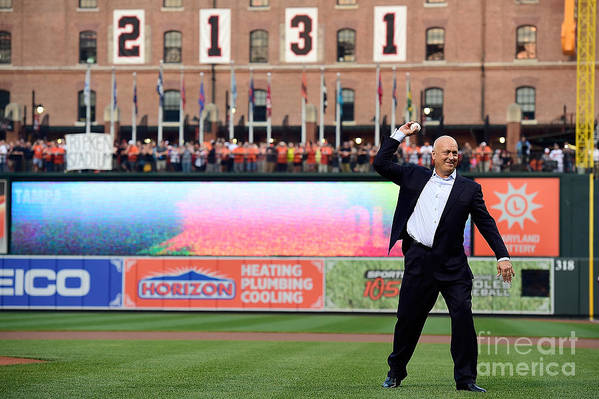 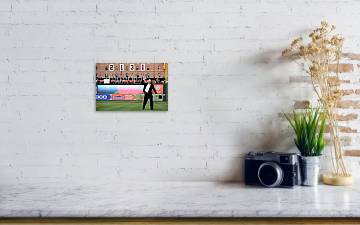 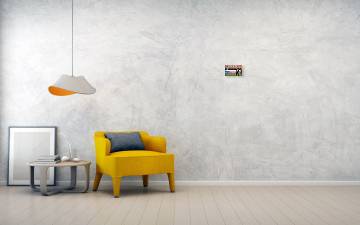 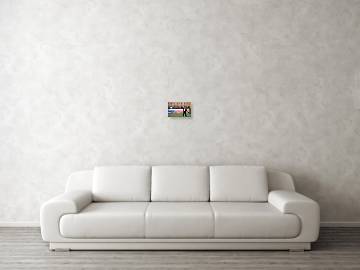 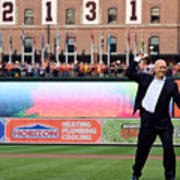 Tampa Bay Rays V Baltimore Orioles art print by Patrick Mcdermott.   Our art prints are produced on acid-free papers using archival inks to guarantee that they last a lifetime without fading or loss of color. All art prints include a 1" white border around the image to allow for future framing and matting, if desired.

BALTIMORE, MD - SEPTEMBER 01: Hall of fame player and former Baltimore Orioles Cal Ripken Jr. throws out the ceremonial first pitch prior to the start of a MLB game between the Tampa Bay Rays and Baltimore Orioles at Oriole Park at Camden Yards on September 1, 2015 in Baltimore, Maryland. The Orioles are celebring the 20th anniversary of Ripkin's record-breaking 2,131st consecutive games played when he passed New York Yankees Lou Gehrigh on September 6, 1995. (Photo by Patrick McDermott/Getty Images)Image provided by Getty Images.