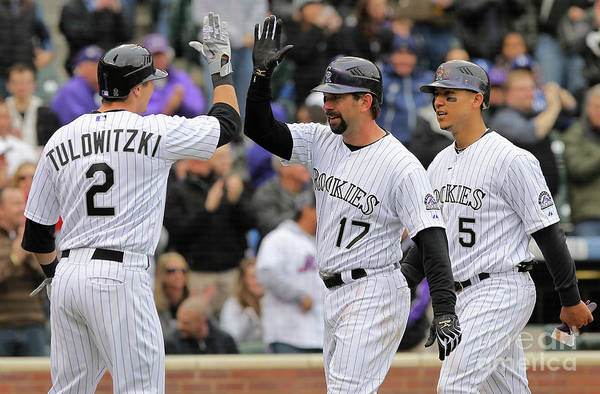 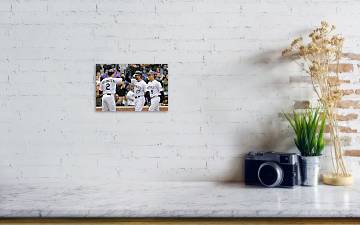 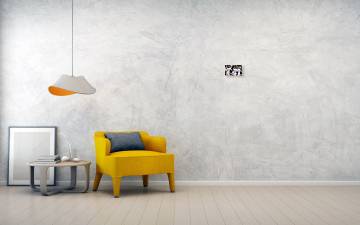 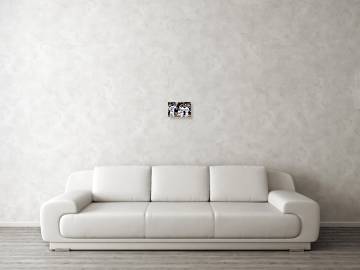 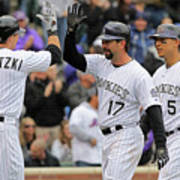 Los Angeles Dodgers V Colorado Rockies art print by Doug Pensinger.   Our art prints are produced on acid-free papers using archival inks to guarantee that they last a lifetime without fading or loss of color. All art prints include a 1" white border around the image to allow for future framing and matting, if desired.

DENVER, CO - APRIL 06: First baseman Todd Helton #17 of the Colorado Rockies is welcomed home by Troy Tulowitzki #2 of the Rockies and Carlos Gonzalez #5 of the Rockies after they scored on Helton's three run homerun off of starting pitcher Chad Billingsley #58 of the Los Angeles Dodgers to give the Rockies a 5-4 lead in the third inning at Coors Field on April 6, 2011 in Denver, Colorado. (Photo by Doug Pensinger/Getty Images)Image provided by Getty Images.