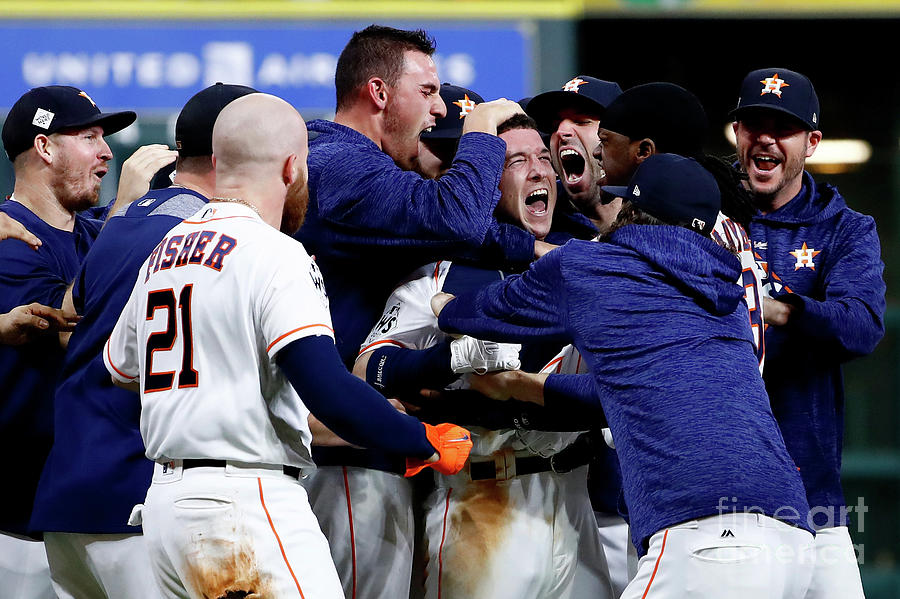 HOUSTON, TX - OCTOBER 30: Alex Bregman #2 of the Houston Astros celebrates with teammates after hitting a game-winning single during the tenth inning against the Los Angeles Dodgers in game five of the 2017 World Series at Minute Maid Park on October 30, 2017 in Houston, Texas. The Astros defeated the Dodgers 13-12. (Photo by Jamie Squire/Getty Images)