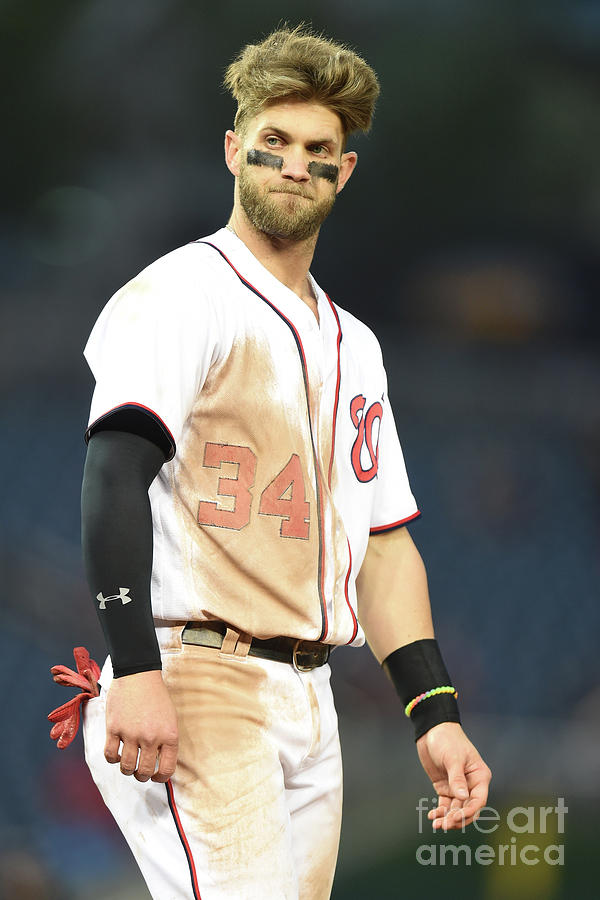 WASHINGTON, DC - APRIL 28: Bryce Harper #34 of the Washington Nationals reacts after grounding out with bases loaded in the eighth inning during a baseball game against the Philadelphia Phillies at Nationals Park on April 28, 2016 in Washington, D.C. The Phillies won 3-0. (Photo by Mitchell Layton/Getty Images)