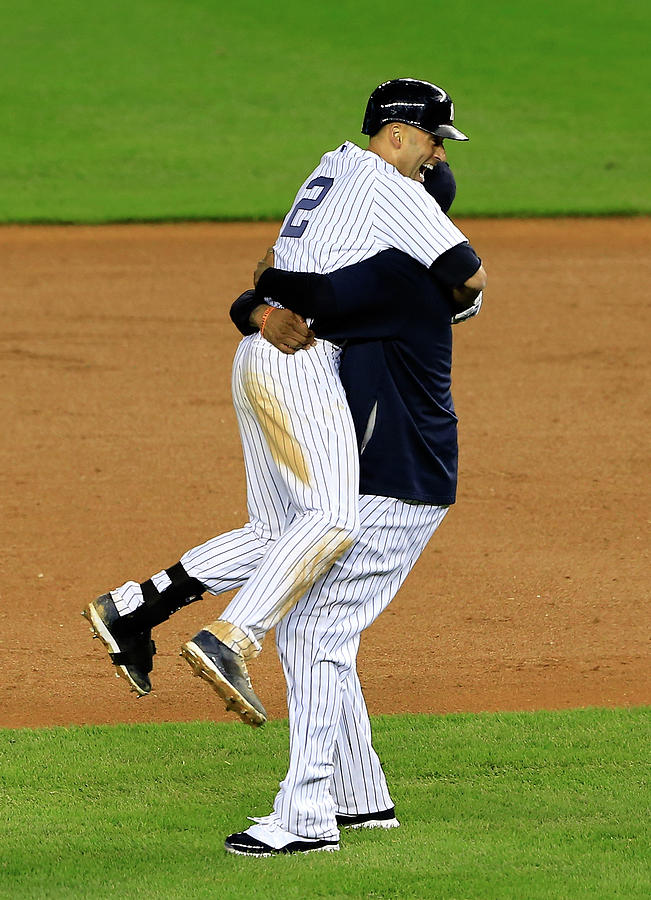 NEW YORK, NY - SEPTEMBER 25: Derek Jeter #2 of the New York Yankees celebrates with CC Sabathia #52 after a game winning RBI hit in the ninth inning against the Baltimore Orioles in his last game ever at Yankee Stadium on September 25, 2014 in the Bronx borough of New York City. (Photo by Alex Trautwig/Getty Images)