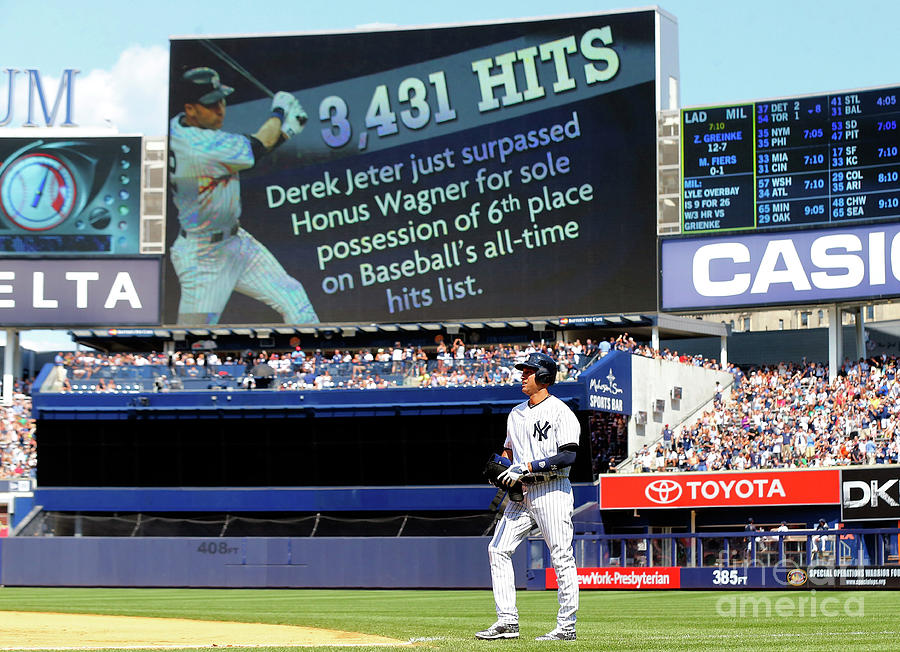 NEW YORK, NY - AUGUST 09: Derek Jeter #2 of the New York Yankees walks back to first base after running out a sixth inning infield base hit against the Cleveland Indians at Yankee Stadium on August 9, 2014 in the Bronx borough of New York City. The hit was Jeter's 3,431st career hit moving him past Honus Wagner and into sixth on the all-time hit list. (Photo by Jim McIsaac/Getty Images)