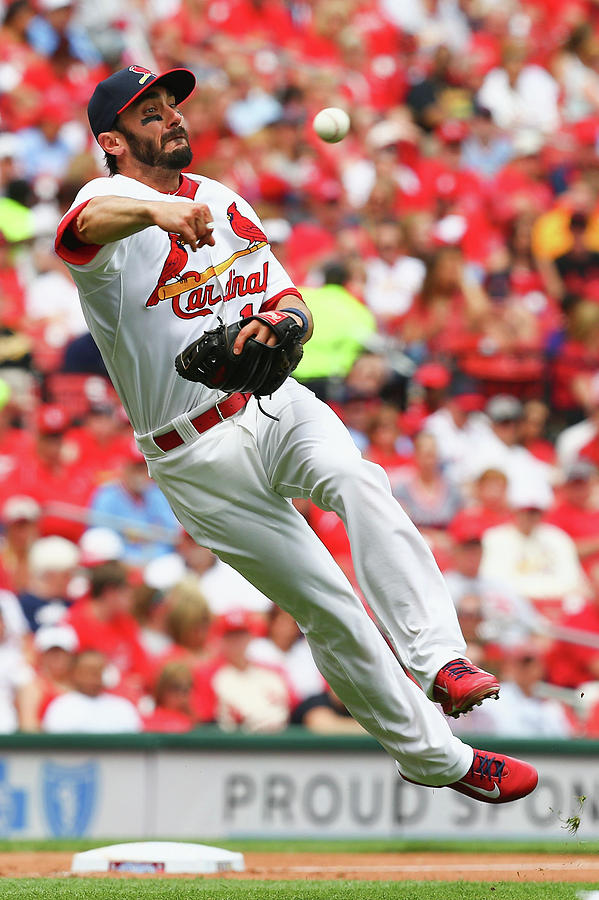 ST. LOUIS, MO - APRIL 27: Matt Carpenter #13 of the St. Louis Cardinals attempts to throw a runner out at first base in the third inning against the Pittsburgh Pirates at Busch Stadium on April 27, 2014 in St. Louis, Missouri. (Photo by Dilip Vishwanat/Getty Images)