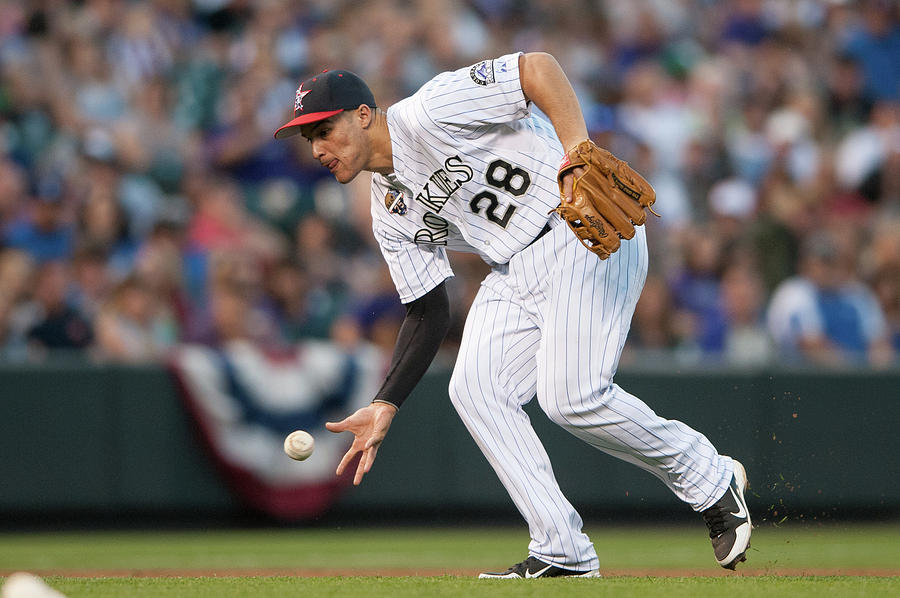 DENVER, CO - JULY 4: Nolan Arenado #28 of the Colorado Rockies fields a ball bare handed before putting out the runner during the sixth inning of a game against the Los Angeles Dodgers at Coors Field on July 4, 2014 in Denver, Colorado. The Dodgers led the Rockies 8-0 after the sixth inning. (Photo by Dustin Bradford/Getty Images)