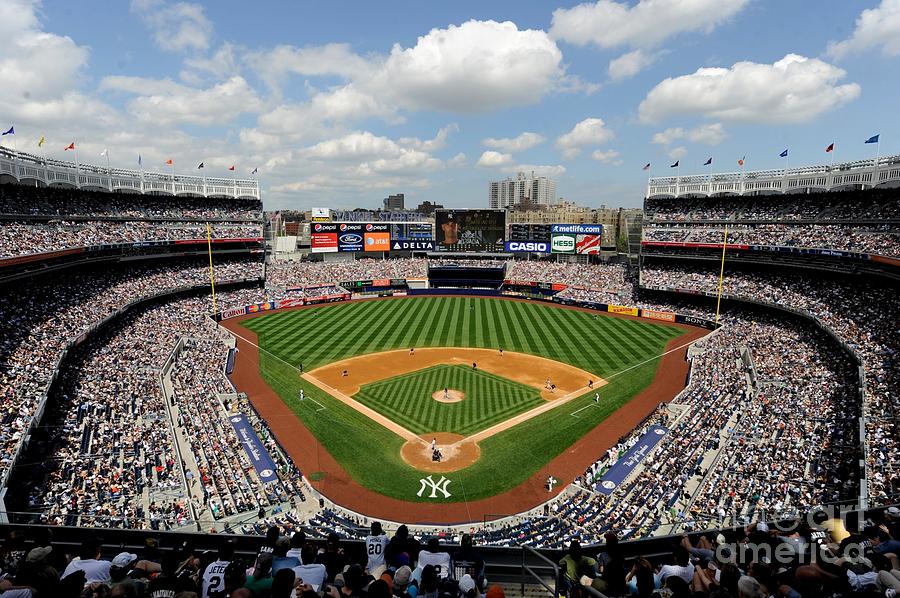 NEW YORK - JUNE 06: A general view of the interior of Yankee Stadium during a day game during a game between the New York Yankees and the Tampa Bay Rays on June 6, 2009 at Yankee Stadium in the Bronx borough of New York City. The Rays defeated the Yankees 9-7. (Photo by Rob Tringali/Sportschrome/Getty Images)