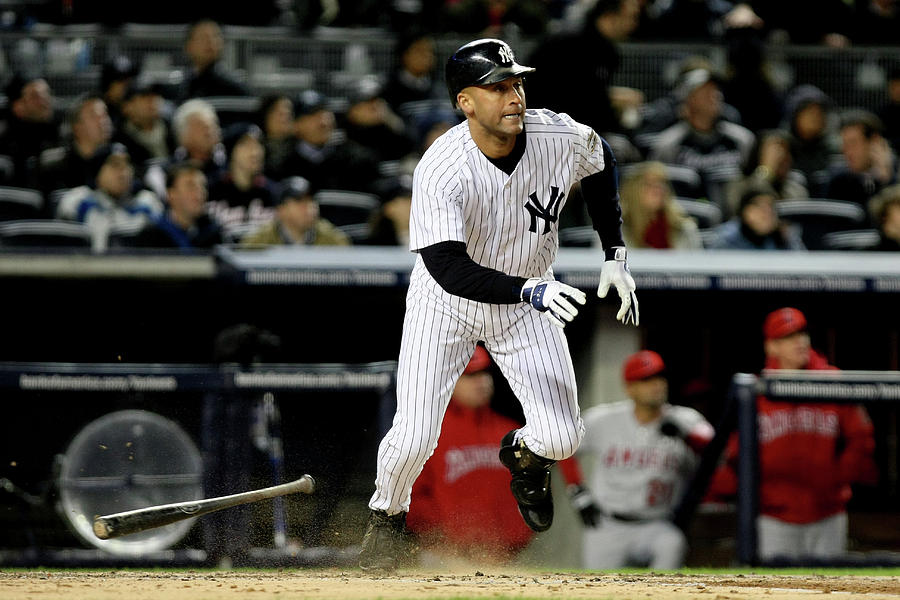 NEW YORK - OCTOBER 17: Derek Jeter #2 of the New York Yankees hits a solo home run in the bottom of the third inning against the Los Angeles Angels of Anaheim in Game Two of the ALCS during the 2009 MLB Playoffs at Yankee Stadium on October 17, 2009 in the Bronx borough of New York City. (Photo by Al Bello/Getty Images)