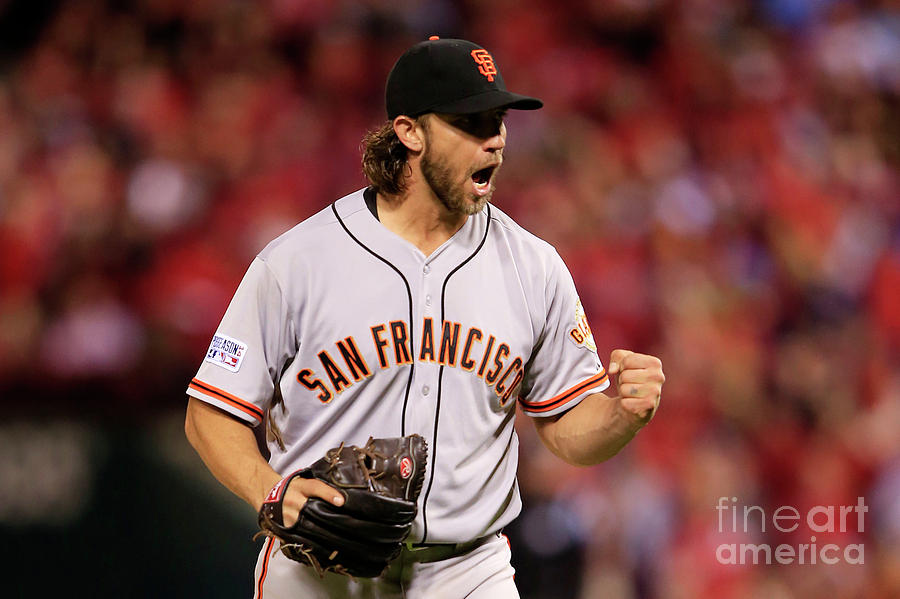 ST LOUIS, MO - OCTOBER 11: Madison Bumgarner #40 of the San Francisco Giants celebrates the final out of the seventh inning against the St. Louis Cardinals during Game One of the National League Championship Series at Busch Stadium on October 11, 2014 in St Louis, Missouri. (Photo by Jamie Squire/Getty Images)