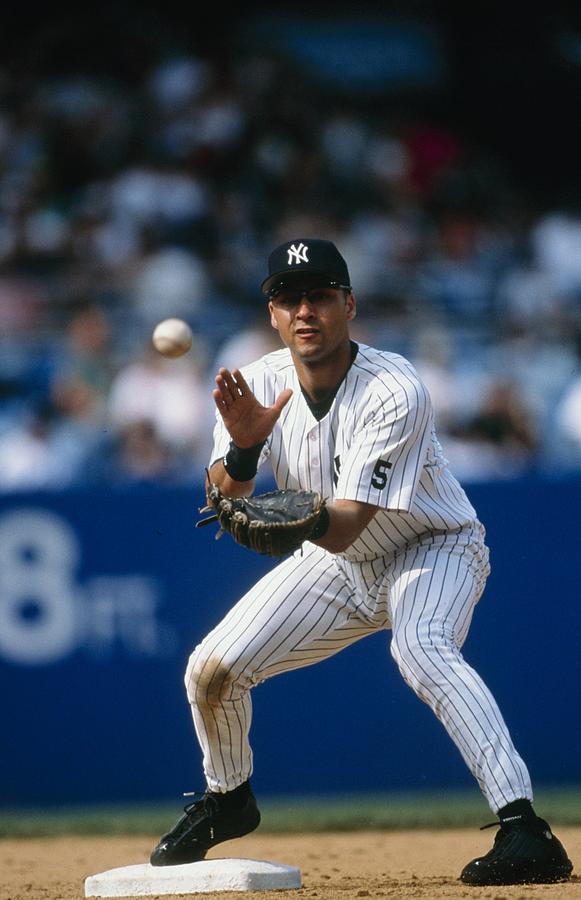 BRONX, NY - JUNE 30: Derek Jeter #2 of the New York Yankees looks to catch the ball for the out at second during their game against the Detroit Tigers at Yankee Stadium on June 30, 1998 in Bronx, New York. The Tigers defeated the Yankees 8-2. (Photo by Jamie Squire/Getty Images)