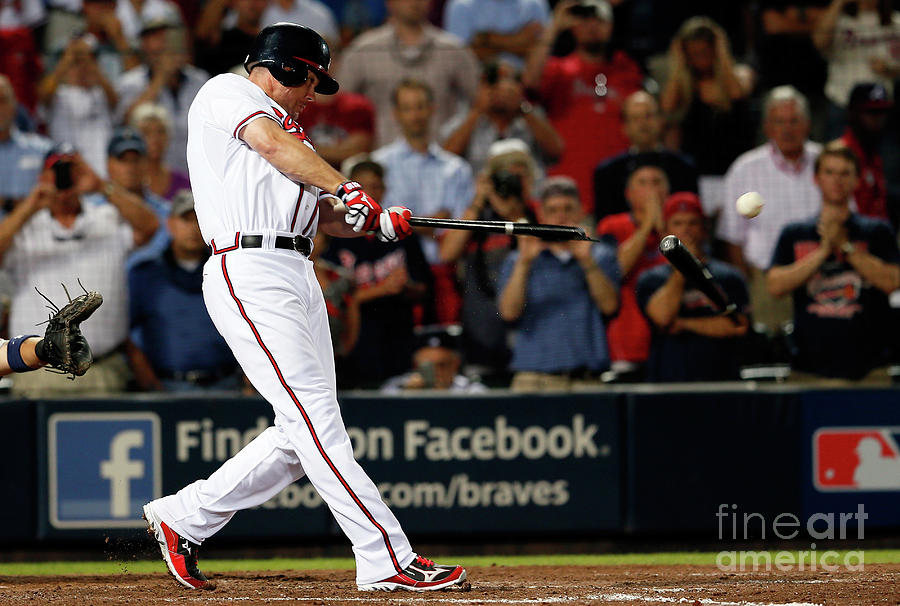 ATLANTA, GA - OCTOBER 05: Chipper Jones #10 of the Atlanta Braves breaks his bat as he hits an infield single to extend the game in the ninth inning against the St. Louis Cardinals during the National League Wild Card playoff game at Turner Field on October 5, 2012 in Atlanta, Georgia. The Cardinals won 6-3 to advance to the National League Division Series. (Photo by Kevin C. Cox/Getty Images)