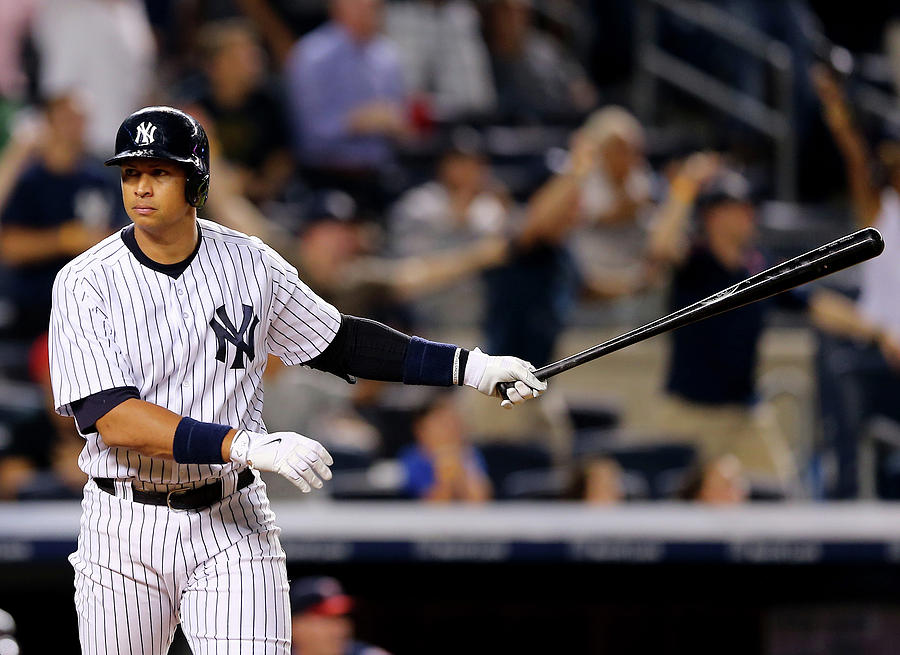 NEW YORK, NY - AUGUST 18: Alex Rodriguez #13 of the New York Yankees celebrates his grand slam in the seventh inning against the Minnesota Twins on August 18, 2015 at Yankee Stadium in the Bronx borough of New York City. (Photo by Elsa/Getty Images)