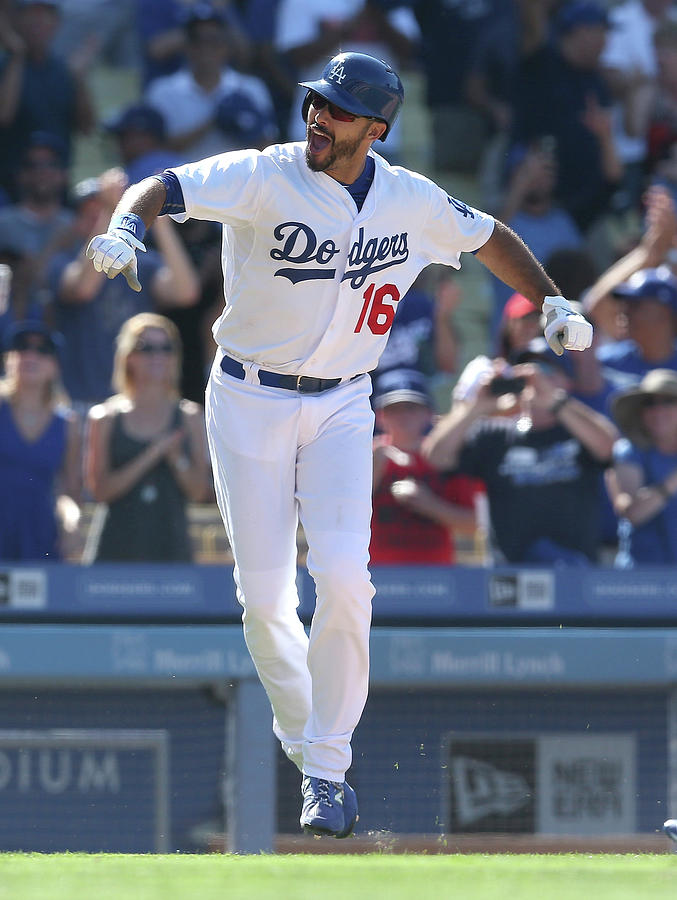 LOS ANGELES, CA - AUGUST 02: Andre Ethier #16 of the Los Angeles Dodgers celebrates between third base and home after hitting a walk off two run home in the tenth inning against the Los Angeles Angels of Anahemi at Dodger Stadium on August 2, 2015 in Los Angeles, California. The Dodgers won 5-3 in ten innings. (Photo by Stephen Dunn/Getty Images)