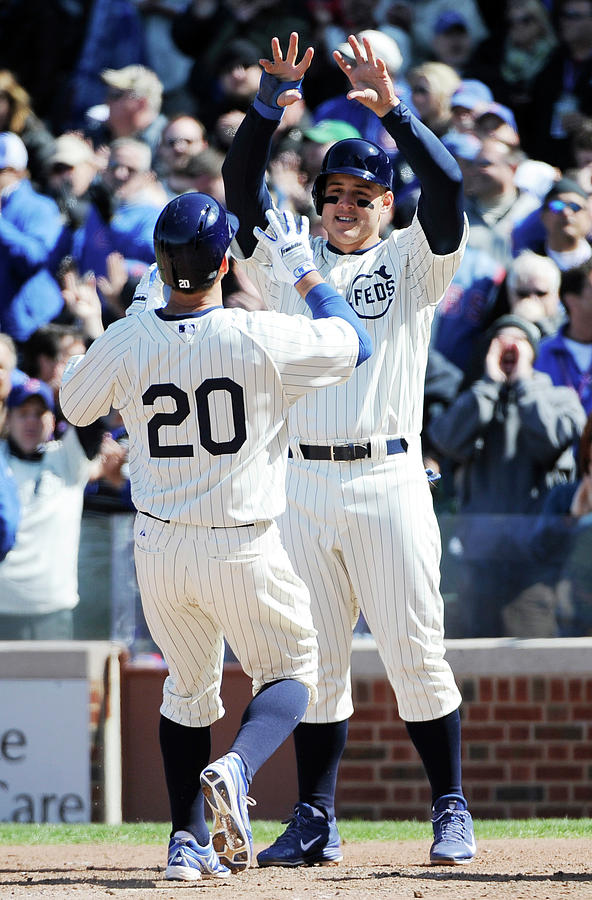 CHICAGO, IL - APRIL 23: Justin Ruggiano #20 of the Chicago Cubs is greeted by Anthony Rizzo #44 after hitting a two-run homer against the Arizona Diamondbacks during the sixth inning on April 23, 2014 at Wrigley Field in Chicago, Illinois. Today marks the 100th anniversary of the first game ever played in the historic venue. (Photo by David Banks/Getty Images)