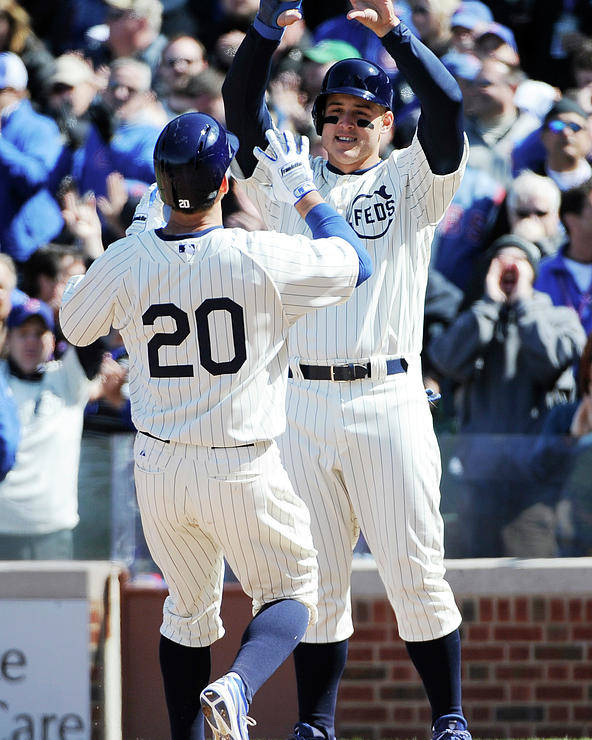 Anthony Rizzo and Justin Ruggiano poster by David Banks.   Our posters are produced on acid-free papers using archival inks to guarantee that they last a lifetime without fading or loss of color. All posters include a 1" white border around the image to allow for future framing and matting, if desired.

CHICAGO, IL - APRIL 23: Justin Ruggiano #20 of the Chicago Cubs is greeted by Anthony Rizzo #44 after hitting a two-run homer against the Arizona Diamondbacks during the sixth inning on April 23, 2014 at Wrigley Field in Chicago, Illinois. Today marks the 100th anniversary of the first game ever played in the historic venue. (Photo by David Banks/Getty Images)Image provided by Getty Images.