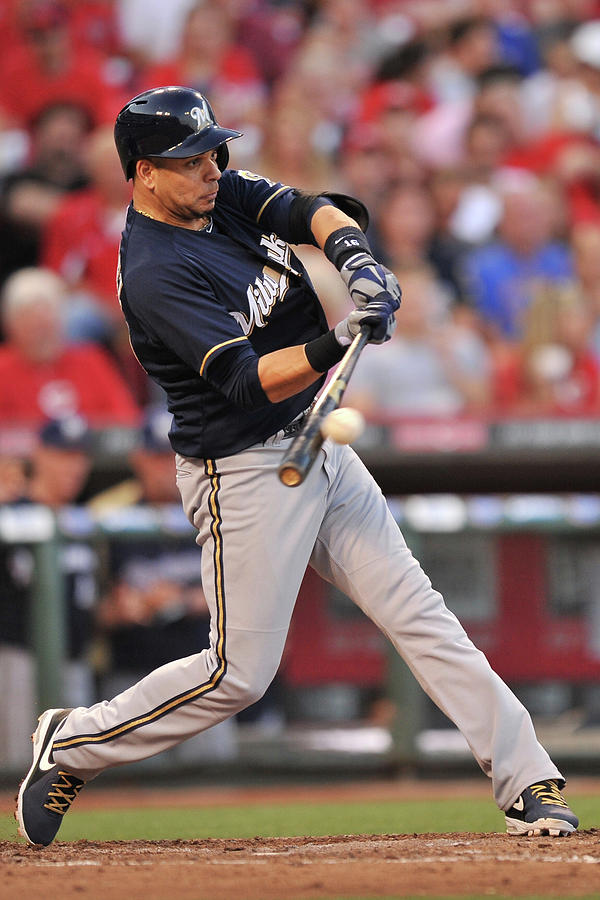 CINCINNATI, OH - JUNE 14: Aramis Ramirez #16 of the Milwaukee Brewers connects for a single in the sixth inning against the Cincinnati Reds at Great American Ball Park on June 14, 2013 in Cincinnati, Ohio. Ramirez would later score but the Reds defeated the Brewers 4-3 in ten innings. (Photo by Jamie Sabau/Getty Images)