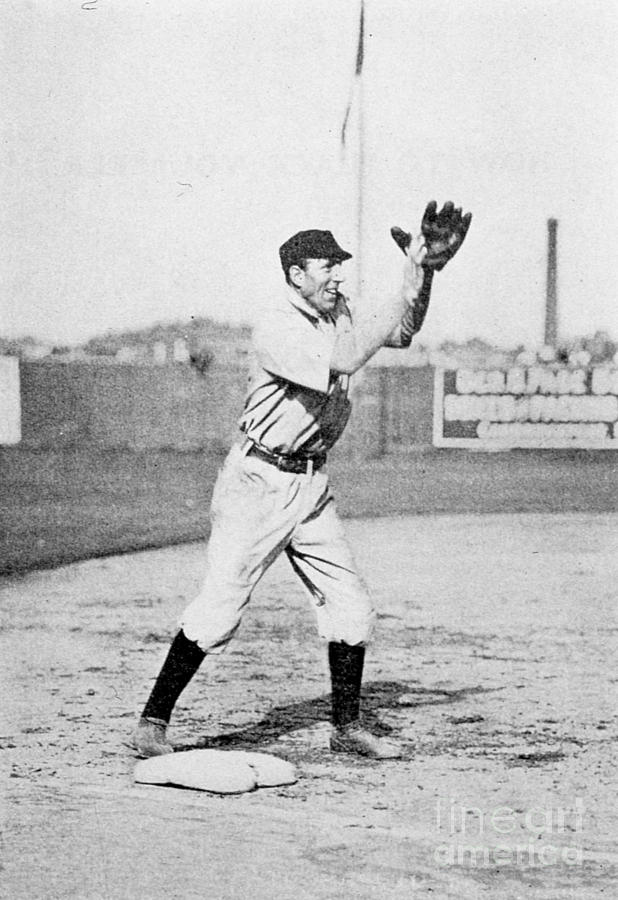 NEW YORK - 1902. Before he became known as the man who discovered and signed Babe Ruth to his first contract, Jack Dunn played for a number of major league teams, including the New York Giants. Dunn poses as a Giant in the Polo Grounds for this 1902 shot. (Photo by Mark Rucker/Transcendental Graphics, Getty Images)