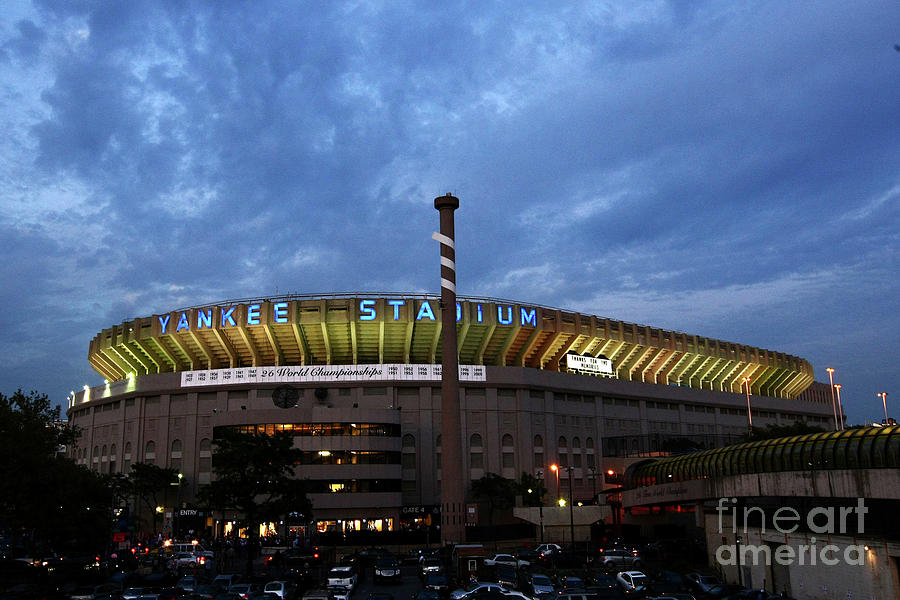 NEW YORK - SEPTEMBER 21: General view of Yankee Stadium is seen at sunset prior to the start of the last game at Yankee Stadium between the Baltimore Orioles and the New York Yankees on September 21, 2008 at Yankee Stadium in the Bronx borough of New York City. Yankee Stadium held it's inaugural game on April 18, 1923 against the Boston Red Sox and tonight's match will be the final scheduled game to be played at the historic stadium. During it's 85 years as "The Home of Champions," the stadium has also been known as "The House that Ruth Built" and "The Cathedral." The stadium has been host to 33 World Series, three Papal visits and has been visited by legends such as Babe Ruth, Joe DiMaggio, Yogi Bera, Mickey Mantle and boxing great Muhummad Ali. In 2009 the Yankees will move across the street to a newly constructed stadium estimated to cost $1.3 billion. (Photo by Chris McGrath/Getty Images)