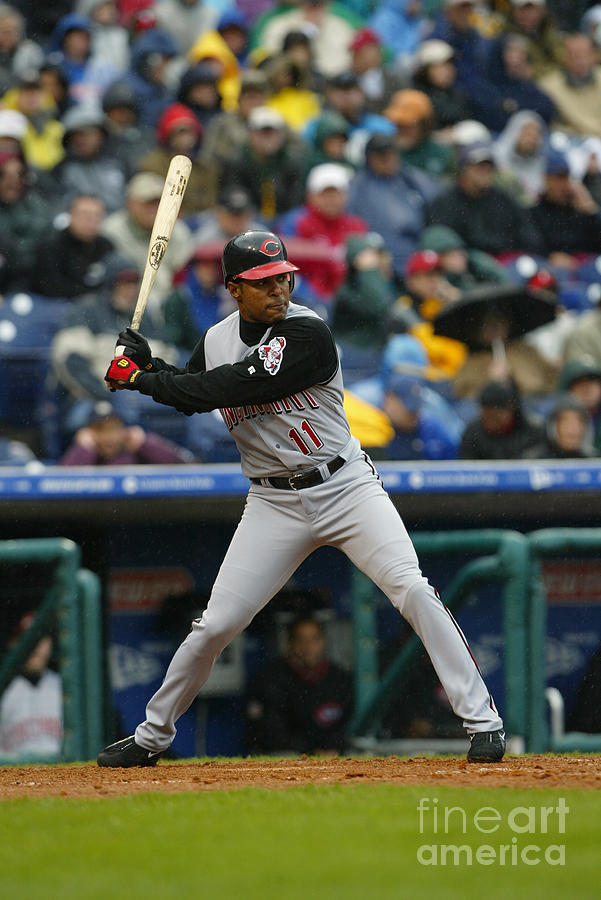 PHILADELPHIA - APRIL 12: Barry Larkin #11 of the Cincinnati Reds bats against the Philadelphia Phillies during the Phillies home opening game at the Citizens Bank Park against the on April 12, 2004 in Philadelphia, Pennsylvania. The Reds won 4-1. (Photo by Doug Pensinger/Getty Images)