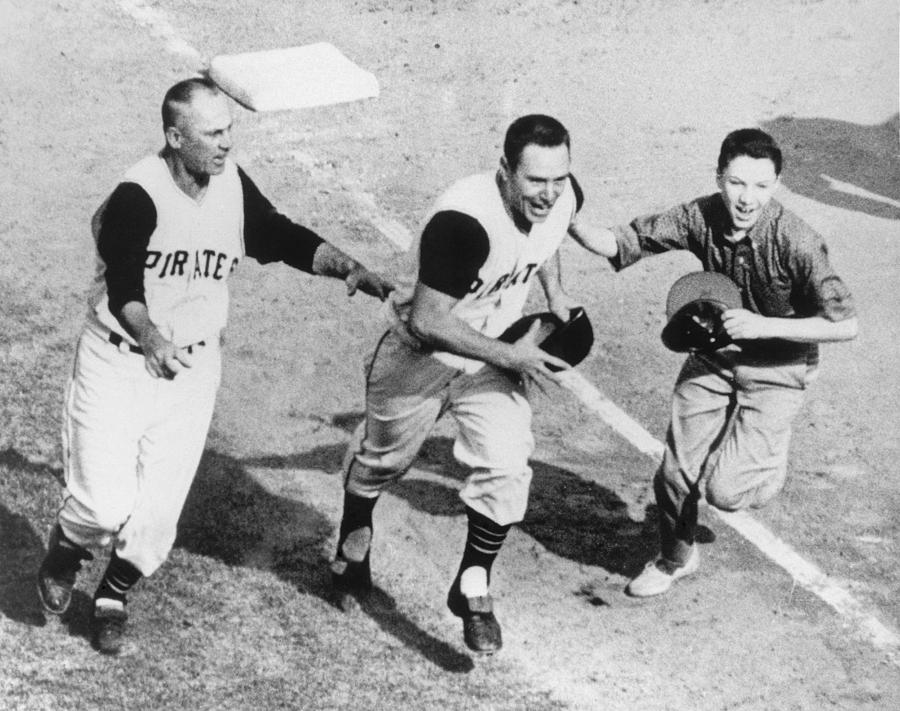 PITTSBURGH - 1960: Bill Mazeroski #9 of the Pittsburgh Pirates celebrates as he runs home after hitting a walk off home run in the bottom of the ninth in Game 7 of the 1960 World Series against the New York Yankees at Forbes Field in Pittsburgh, Pennsyvania. The Pirates defeated the Yankees 10-9. (Photo by MLB Photos via Getty Images)