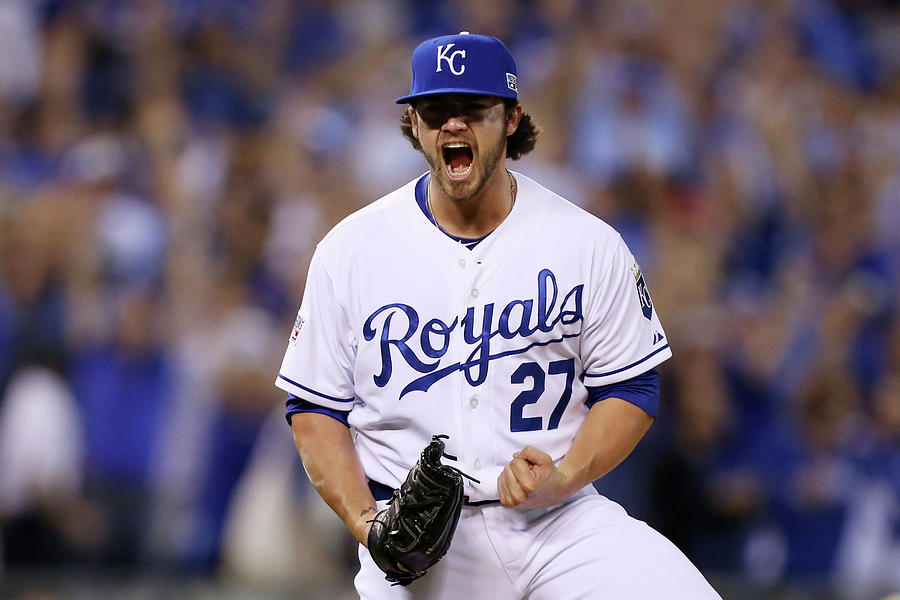 KANSAS CITY, MO - SEPTEMBER 30: Brandon Finnegan #27 of the Kansas City Royals reacts at the end of the tenth inning against the Oakland Athletics after during the American League Wild Card game at Kauffman Stadium on September 30, 2014 in Kansas City, Missouri. (Photo by Ed Zurga/Getty Images)