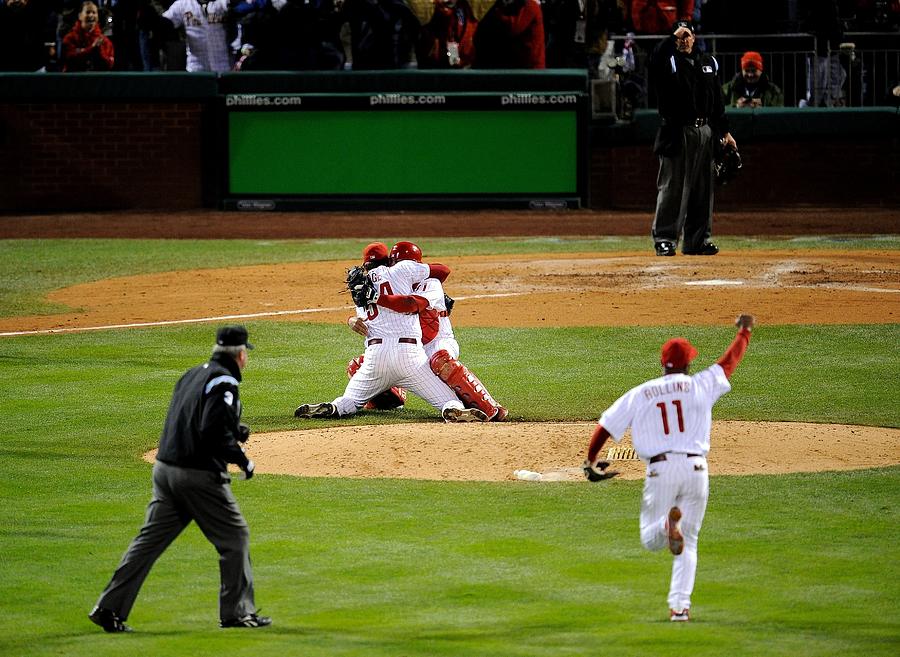 PHILADELPHIA - OCTOBER 29: Catcher Carlos Ruiz #51 and Brad Lidge #54 of the Philadelphia Phillies celebrate after recording the final out of their 4-3 win to win the World Series against the Tampa Bay Rays during the continuation of game five of the 2008 MLB World Series on October 29, 2008 at Citizens Bank Park in Philadelphia, Pennsylvania. (Photo by Jeff Zelevansky/Getty Images)