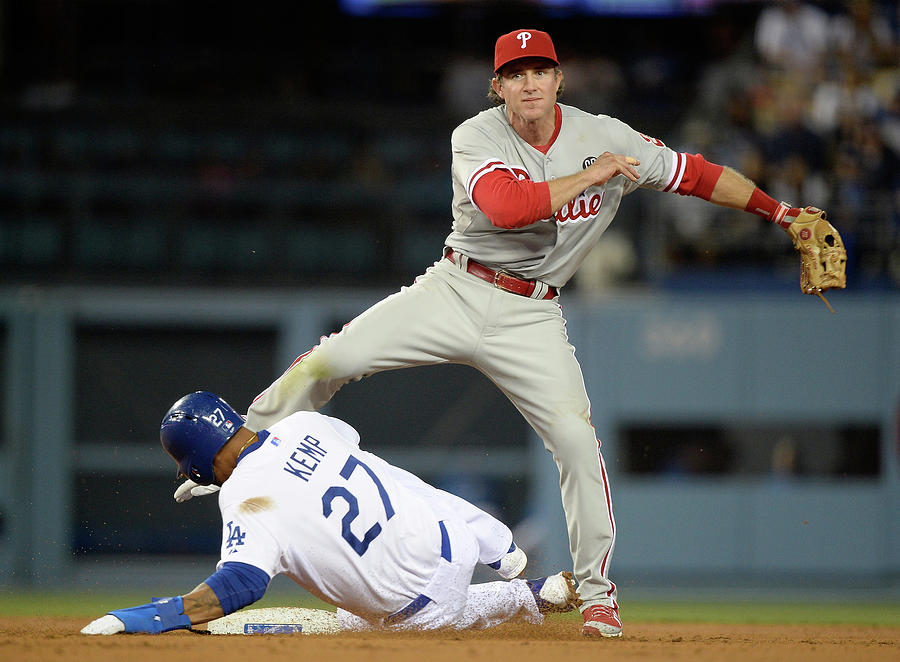 LOS ANGELES, CA - APRIL 21: Chase Utley #26 of the Philadelphia Phillies watches his throw to first as he jumps over Matt Kemp #27 of the Los Angeles Dodgers during the second inning at Dodger Stadium on April 21, 2014 in Los Angeles, California. (Photo by Harry How/Getty Images)