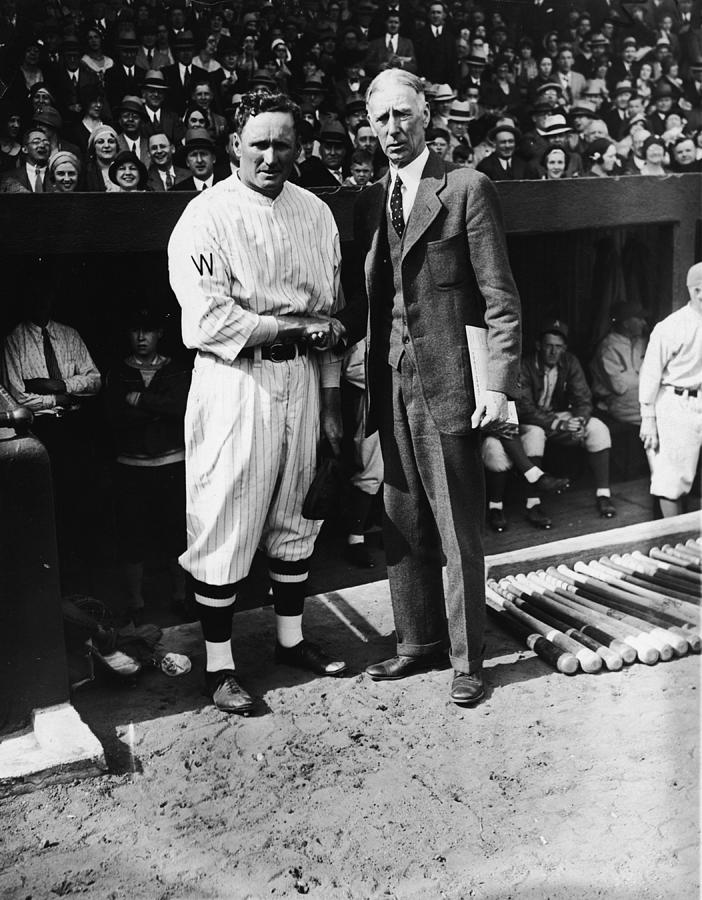 American baseball player Walter Johnson (1887 - 1946), pitcher for the Washington Senators, and Philadelphia Athletics manager Connie Mack (1862 - 1956) shake hands near the dugout, 1910s. In October of 1910, with the American League season having ended a week earlier than the National League, Mack arranged for his champion A's to tune up for the World Series against the Cubs with a 5-game series against an AL all-star team, which included Ty Cobb, Tris Speaker, Doc White, Ed Walsh, and Walter Johnson. The A's lost four out of five games to the all-stars. (Photo by FPG/Getty Images)