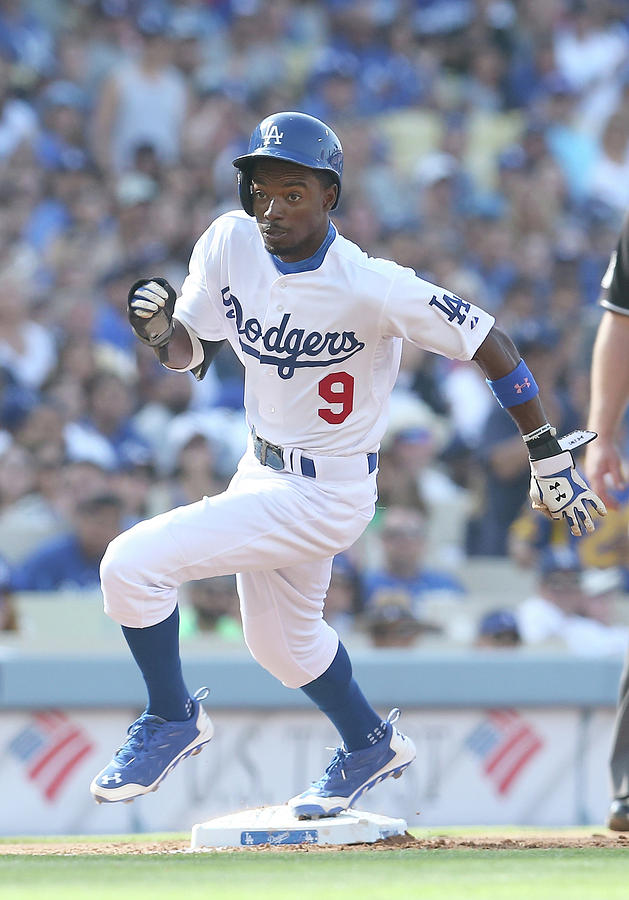 LOS ANGELES, CA - JUNE 28: Dee Gordon #9 of the Los Angeles Dodgers races around third as he tries to score from second on a wild pitch in the second inning against the St. Louis Cardinals at Dodger Stadium on June 28, 2014 in Los Angeles, California. Gordon was out at the plate. The Dodgers won 9-1. (Photo by Stephen Dunn/Getty Images)