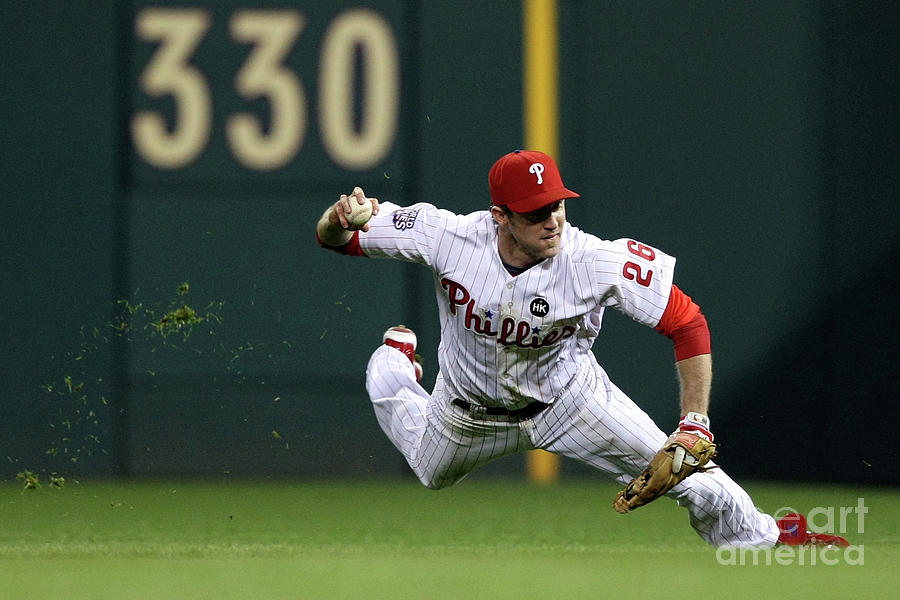 PHILADELPHIA - NOVEMBER 01: Chase Utley #26 of the Philadelphia Phillies fails to make a throw on an infield single hit by Derek Jeter #2 of the New York Yankees in the top of the first inning of Game Four of the 2009 MLB World Series at Citizens Bank Park on November 1, 2009 in Philadelphia, Pennsylvania. (Photo by Al Bello/Getty Images)