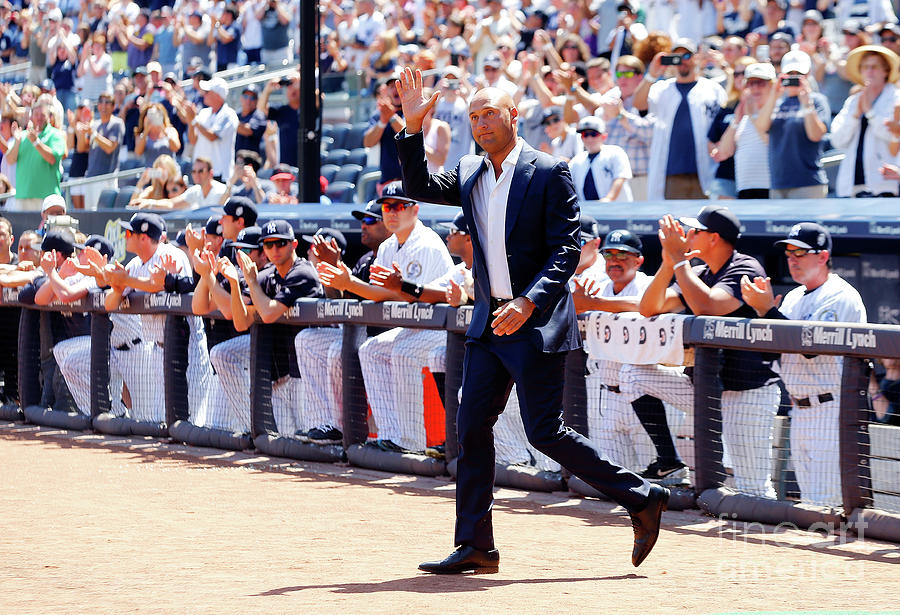 NEW YORK, NY - AUGUST 22: Former New York Yankee Derek Jeter is introduced during a ceremony for former teammate Jorge Posada prior to a game between the Yankees and the Cleveland Indians at Yankee Stadium on August 22, 2015 in the Bronx borough of New York City. (Photo by Jim McIsaac/Getty Images)