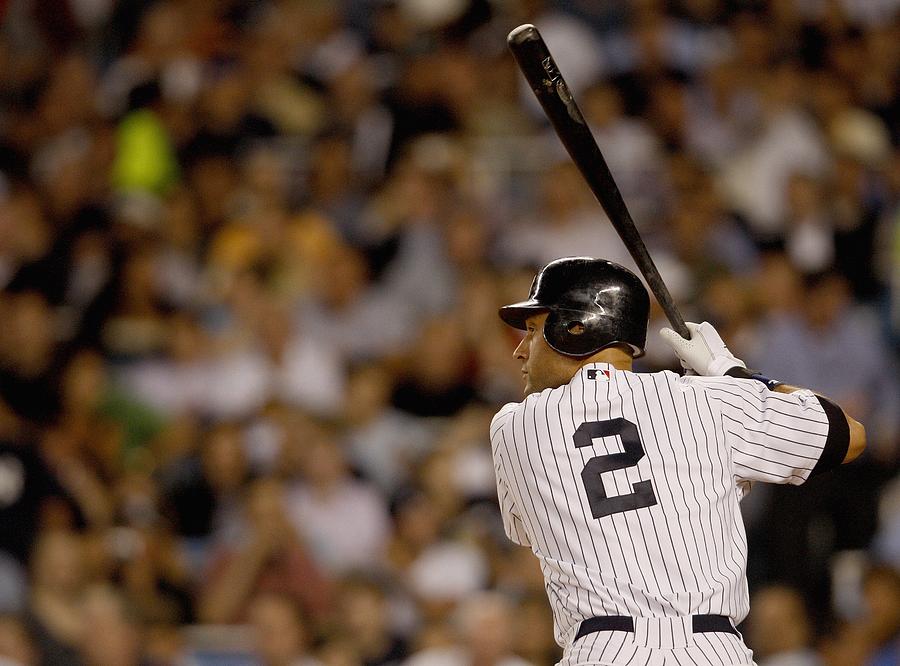 NEW YORK - JUNE 3: Derek Jeter #2 of the New York Yankees gets ready at bat during the game against the Toronto Blue Jays on June 3, 2008 at Yankee Stadium in the Bronx borough of New York City, New York. (Photo by: Nick Laham/Getty Images)