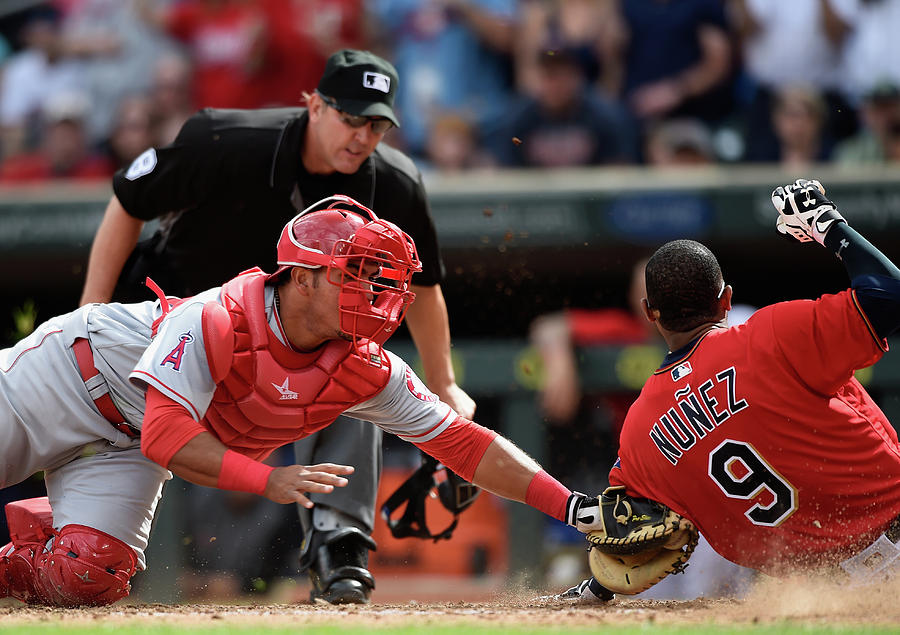 MINNEAPOLIS, MN - APRIL 17: Carlos Perez #58 of the Los Angeles Angels of Anaheim defends home plate against Eduardo Nunez #9 of the Minnesota Twins during the seventh inning of the game on April 17, 2016 at Target Field in Minneapolis, Minnesota. The Twins defeated the Angels 3-2 in twelve innings. (Photo by Hannah Foslien/Getty Images)