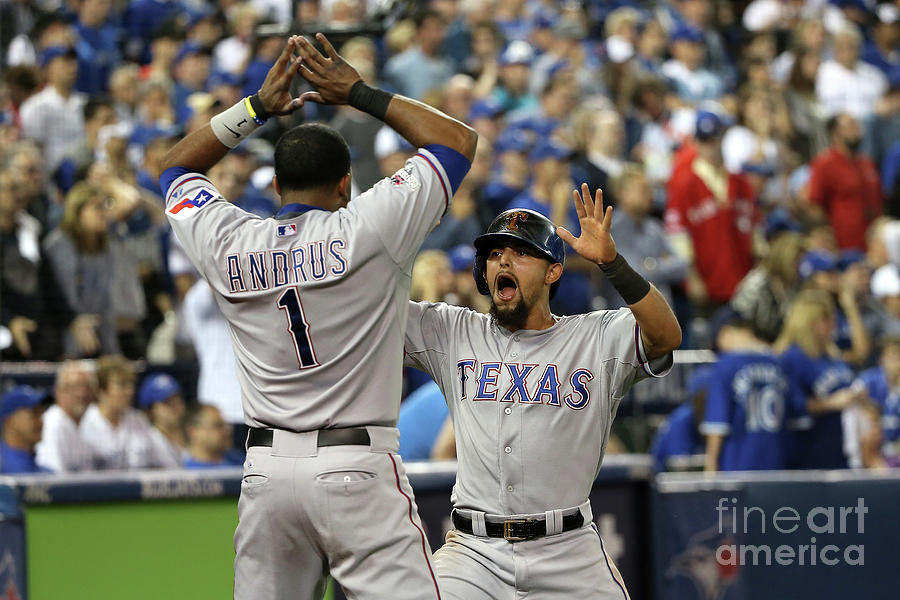 TORONTO, ON - OCTOBER 09: Rougned Odor #12 of the Texas Rangers celebrates scoring the go ahead run in the 14th inning with Elvis Andrus #1 against the Toronto Blue Jays during game two of the American League Division Series at Rogers Centre on October 9, 2015 in Toronto, Canada. (Photo by Tom Szczerbowski/Getty Images)