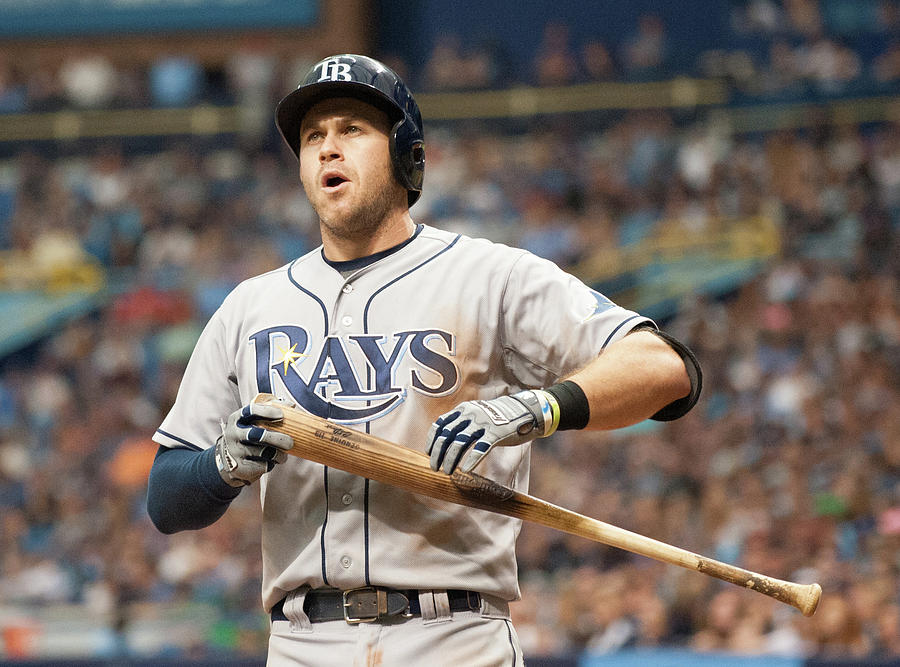 ST. PETERSBURG, FL - MAY 3: Evan Longoria #3 of the Tampa Bay Rays reacts to a called strike against the Baltimore Orioles on May 3, 2015 at Tropicana Field in St. Petersburg, Florida. The three-game series was moved to Tropicana Field due to the civil unrest in Baltimore after the arrest and death of Freddie Gray. The Baltimore Orioles were designated the home team for the series. (Photo by Cliff McBride/Getty Images)