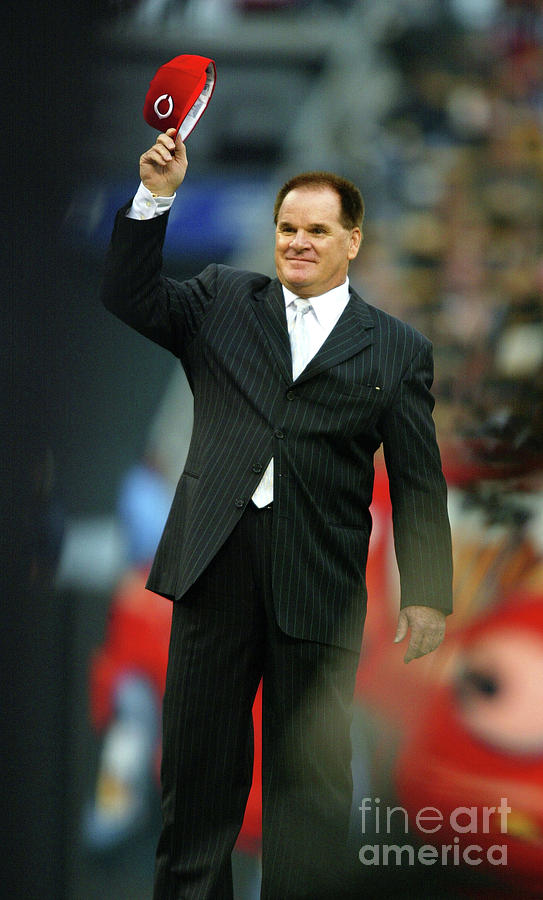 SAN FRANCISCO - OCTOBER 23: (FILE PHOTO) Pete Rose smiles to the crowd after being voted number six in the MLB Ten Most Memorable Moments ceremony before the start of game four of the World Series between the San Francisco Giants and the Anaheim Angels on October 23, 2002 at Pacific Bell Park in San Francisco, California. During a recent television interview Rose admitted that he bet on baseball between 1987 and 1988. (Photo by Donald Miralle/Getty Images)